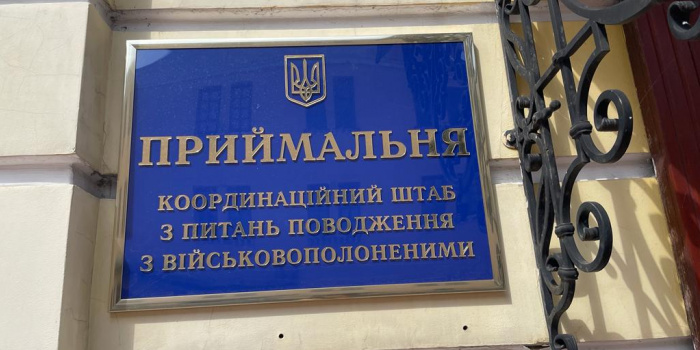 The Coordination Headquarters for POW Treatment said that Russian citizen Egveniy Nuzhin, who was allegedly executed by Wagner PMC militants, is not on the list of POWs who surrendered voluntarily.

The Headquarters noted that Nuzhin had been serving a term in a Russian MIA's colony for committing a grave crime. He became a mercenary and took part in Russia's war against Ukraine in order to get out of prison, was on the county's territory as part of Wagner PMC, and was also a supporter of the aggressor state's policy before the war.

"The information published on social media is currently being verified. Ukraine, for its part, guarantees compliance with international standards in treating Russian prisoners of war, according to the Geneva Conventions, and is doing everything to ensure that all our defenders who have been captured return home as soon as possible.

"Not a single Russian POW who surrendered to the Ukrainian forces voluntarily has been swapped and will not be given back to the aggressor state without both his consent and an according request from the Russian side," the Headquarters stressed and called on the international community to step up supervision over the rights of the Ukrainians military held captive in Russia as well as the rights of Russian servicemen released by Ukraine and given back to the aggressor state.

It should be noted that the video of Evgeniy Nuzhin's alleged murder was posted on November 12 by the "Grey Zone" Telegram channel. Nuzhin served his term in Ryazan region. Wagner PMC recruited him to fight in Ukraine, where he was captured by the UAF. Later, Evgeniy Prigozhin then called the video of Nuzhin being executed "wonderful filmmaking."