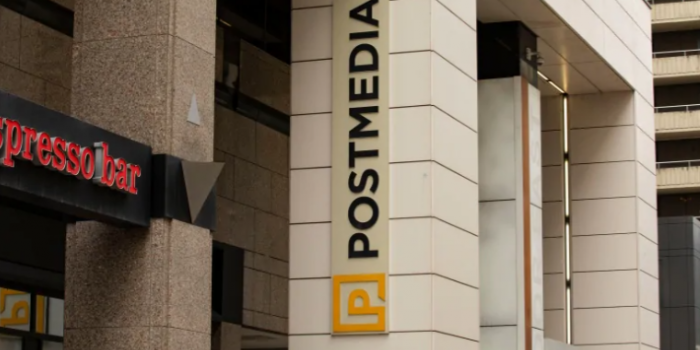 15 newspapers to be permanently closed, letter to employees says, as CBC News reported.

Postmedia will be closing several papers in communities across Manitoba and parts of southern Ontario due to dwindling revenue, the company announced Tuesday.

A letter to Postmedia employees from president and chief executive Andrew MacLeod says the company has been hit hard by the economic impacts of the COVID-19 pandemic, with its advertising revenues suffering significant declines.

As a result, 15 community newspapers across Manitoba and in southern Ontario will be closed  permanently, because they are not financially sustainable, the letter says.

A Postmedia spokesperson said all 15 were weekly community papers, and all but two were free. The final print editions will run May 4.

Thirty employees will be laid off as a result, the spokesperson said via email.

'Forced into this decision'

In an interview with CBC Manitoba's Radio Noon, MacLeod said the papers were losing a lot of money and weren't viable anymore, especially during a time when the newspaper industry has seen an "unprecedented" decline in ad revenues.

"We were forced into this decision," he said, adding that he regrets the company won't be able to support these communities anymore by providing them with local news.

He said the company will explore ways it can maintain a digital presence in the affected communities, but the physical papers are likely a thing of the past.

That being said, the company would have to find a business model that would make them financially viable — something that has been very difficult in the age of Google and Facebook.

"I think people need to understand that this is an industry that is facing serious threats and has been for quite some time," he said.

'A legacy that is gone'

Lana Meier's family owned the Selkirk Journal, the Interlake Spectator and the Argus before they were sold to Quebecor in 1992.

Meier stayed on and worked with the company for 17 years, becoming its senior group publisher.

In 2010, she left and started her own rival community newspapers in Manitoba. They are the Selkirk Record, Stonewall Teulon Tribune and Winkler Morden Voice.

In 2014, she started Express Weekly News, a paper the covers the north Interlake areas.

Meier said she felt the company "had lost touch [with] what the community newspaper was really about," and so she left.

In 2015, Quebecor sold its English-language papers to the rival Postmedia chain.

"It is a legacy that is gone — papers that my family owned and some of them that my dad started up."

She said she's saddened by the closings, but this also means her own papers no longer have competition while fighting for advertising dollars from businesses.

"It was very difficult when you only have so many dollars," she said.

Meier said she runs her papers differently by making sure they represent and support the community they're in.

"We didn't want to be a reporter showing up at an event and leaving. We buy tickets. We financially support every event, and in return the business community and organizations have supported us."

Meier said even with the pandemic, her papers have been doing well, and there's still a need for local journalism. More people are reading papers at home, and businesses are buying advertising to announce their service changes.

"As long as there's people out there sharing those stories and the business community supporting them, then I think it's alive and well," she said.