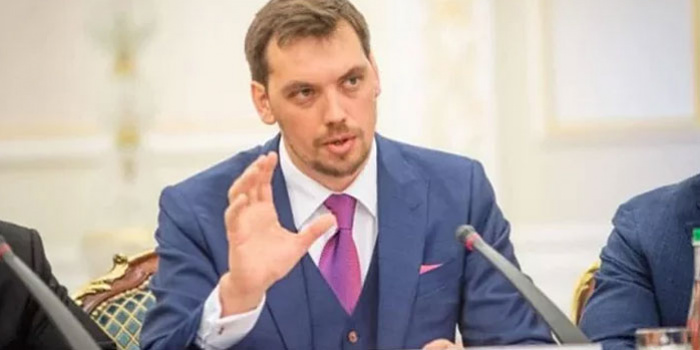 The Prime Minister Oleksiy Goncharuk accused the online edition of "Strana.ua" of lying. It happened on September 25, at the government briefing, as Ukrayinska Pravda reported.

The journalist for "Strana.ua" asked: "This winter, together with Anton Gerashchenko, you presented a joint movement" People are important”. And, as they say, it was Anton Gerashchenko who financed it. Is his actual appointment as vice minister related to it? ”

For his part, Goncharuk accused the newspaper of disseminating lies.

“Why are you spreading lies? Me and Anton Gerashchenko, we did not present any movement. Are you a media or fake news disseminator, please tell me, ” Goncharuk said.

He added that he did not interfere with the ministerial staffing policy, unless there are sufficient grounds for it."

“Mr Avakov has proposed six people for the position of vice ministers. One of them indeed was Anton Gerashchenko. If someone disposes an information saying that person is, for instance, a criminal, give it to me ... You are lying: I did not present any public movements with Mr. Gerashchenko, ” he said.

According to the Ukrayinska Pravda the NGO "People are important" was formed in December 2018. According to Radio Svoboda, Oleksiy Goncharuk was one of the co-founders of the NGO “People are important”. At the first meeting of the movement in December Anton Gerashchenko, who was at the time adviser to Interior Minister Arsen Avakov , and MP of 8 convocation, attended meeting.

In April, the “People important” project announced they would run for parliamentary election, but they failed to find partners, on June 5 its founders claimed to cease its activity.