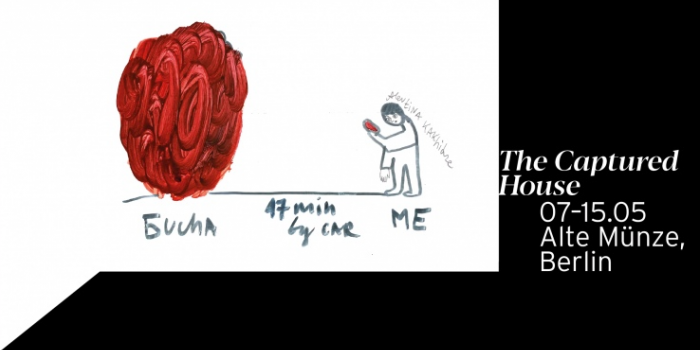 "The Captured House" exhibition, dedicated to the war in Ukraine, will open in Berlin on May 7.

This was reported by Ukrainska Pravda with reference to the organizing agency PORT.

The exhibition opens at the Alte Münze Art Center. It will feature paintings, drawings, photographs, sculptures, and installations by contemporary Ukrainian artists.

In particular, there will be photos by Yevhen Maloletka, Andriy Bashtovy, and journalist Max Levin, who died in Kyiv region.

"The Captured House" will be on display in Berlin until May 15.

The exhibition will also be shown in Paris, Rome, and Amsterdam in the near future.

The title "The Captured House" is a reference to the story of Argentine writer Julio Cortázar, organizers say. The protagonist's home is gradually being seized by an unknown evil, and the man has to leave the place where he lived all his life.

The exhibition will feature paintings, drawings, and photographs that constitute an art chronicle of the war in Ukraine.

Some of them continue to work in Kyiv region, Zaporizhia, Kharkiv, Kherson, and other regions.

The exhibition is complemented by reportage footage of wartime reality.

For example, it will feature a photo of a 75-year-old woman from Kharkiv next to a destroyed house, taken by Kyiv-based journalist Andriy Bashtovy.

Photojournalist Yevhen Maloletka will present a series of photos about the defense of Mariupol by UAF soldiers.

The project also includes the latest footage from the Irpin evacuation by photographer Max Levin.

We remind that earlier in Vilnius, 24 images of war horrors in Ukraine were displayed so that they were visible from the train window. It is there, through this exhibition, that the train to Kaliningrad passes.

Also on April 21, the exhibition "This is Ukraine: Defending Freedom" opened during the Venice Biennale.