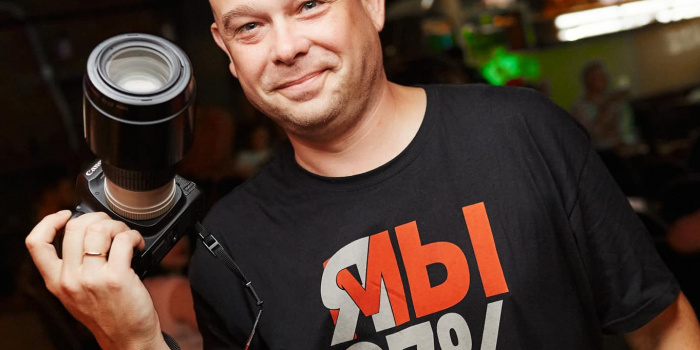 In Belarus, in the morning of August 5, Dmytry Dmytriyev photographer for Novy Chas has been detained by security forces, as Novy Chas reported.

At about 6:40 a.m., the security forces raided his house. On his Facebook page, he managed to report : "They have come to me."

His wife later said that the photographer was probably taken to the Investigative Committee. She does not know what they charge him with.

As Belsat reported, until 2012 Dmitriyev was a policeman, and then resigned and began working as a photographer. In 2020, he was repeatedly detained while working as a photojournalist during protests in Minsk.

As IMI reported, on August 2, Serhiy Gordievich, a journalist with the Pershy Region newspaper, was sentenced to 1.5 years in prison in Belarus for insulting the self-proclaimed President of Belarus, Alexander Lukashenko, and two police officers.