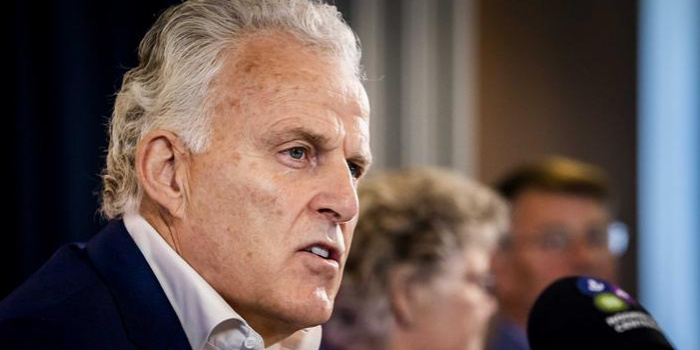 A prominent Dutch journalist known for investigating the criminal underworld has been shot and seriously wounded on a street in central Amsterdam, as BBC reported.

Peter R de Vries, 64, was shot minutes after leaving a TV studio, where he had appeared on a chat show.

Mr de Vries is famed for his work on exposing mobsters and drug lords, and has helped police solve a number of high-profile cases.

Three men were arrested, but police say one is no longer a suspect.

Hours after the attack, two men were arrested in a car on the A4 motorway at Leidschendam - a 35-year-old Polish national living in Maurik and a 21-year-old man living in Rotterdam. They will face court on Friday.

An 18-year-old was arrested in Amsterdam, but will be released.

The mayor of Amsterdam, Femke Halsema, described Mr de Vries as "a national hero to us all" and as "a rare, courageous journalist who tirelessly sought justice".

The attack happened just after 19:30 (17:30 GMT), as the journalist was walking away from the studio on the Lange Leidsedwarsstraat.

Five shots were fired at close range and Mr de Vries, 64, was hit in the head, local media report.

Mr de Vries was previously given police protection after receiving threats for his involvement in criminal cases as an investigative journalist. In 2019 he tweeted that police had told him he was on the hit list of the Netherlands' most wanted criminal.

Mayor Halsema said the journalist was fighting for his life, and condemned the shooting as a "cruel, heartless attack".

Police are appealing for witnesses and CCTV footage of the shooting but are asking people not to share the material on social media. YouTube said it had removed hundreds of videos from its platform.

The attack has shaken the Netherlands, with messages of support for Mr de Vries and the safety of all journalists coming from leading figures across the country.

Dutch Prime Minister Mark Rutte described the shooting as "shocking and incomprehensible," adding it was an attack on a "courageous journalist" and on the freedom on the press.

King Willem-Alexander and Queen Máxima said they were "deeply shocked" and that "journalists must be free to carry out their important work without threats."

There have also been strong reactions from outside the Netherlands. The President of the European Council, Charles Michel called the attack a crime against journalism.

"We will relentlessly continue to defend the freedom of the press," he wrote on Twitter.

One of the Netherlands' most notorious gangsters, Holleeder was given a life sentence in 2019 for his involvement in five murders.

The journalist also won an Emmy Award for a television show he made about Natalee Holloway, a US teenager who disappeared on the Caribbean island of Aruba in 2005.

Mr de Vries had been acting as an adviser to a former gang member, Nabil B, who was testifying in the case against Ridouan Taghi, who is currently on trial in the Netherlands for murder and drug trafficking.

The case has already sent shock waves through Netherlands after Nabil B's previous lawyer Derk Wiersum was assassinated in front of his Amsterdam home in September 2019.