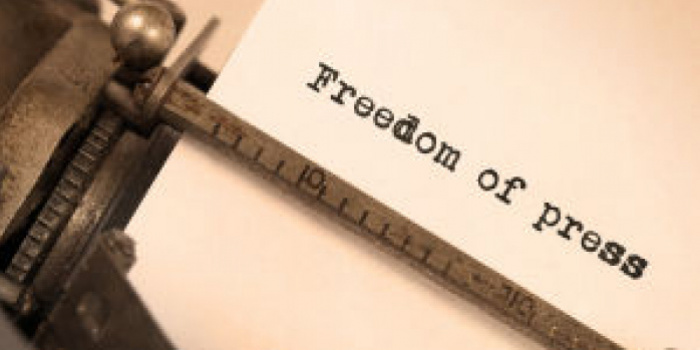 Over the 10 months of 2019, the experts from the Institute of Mass Information have revealed 208 cases of violation of freedom of speech in Ukraine. The vast majority of those violations - 149 cases - concerned physical aggression against the journalists.

For comparison, during the same period in 2018, there were fewer violations of freedom of expression (201, of which 147 were physical aggression).

For the first time in the last three years, the IMI has recorded the murder of a journalist in Ukraine . On June 20, Cherkasy journalist Vadym Komarov died in the hospital , who never came out of a drug coma after the May attack.

The main categories of freedom of speech violations in Ukraine as of November 2019 were:

In 2019, the presidential and parliamentary elections were held in Ukraine. IMI experts concluded that the elections were democratic and in compliance with the rights of journalists, minor violations by members of election commissions were recorded.

Compared to the last year, the number of censorship cases got increased in Ukraine in 2019 - 6 (2 over the same period last year). According to IMI monitoring, this was due to increased censorship of media owners. In particular, hundreds of journalists have resigned from ZIK on protest against censorship, as they said in the statement.

In the occupied territories of Ukraine, it remains practically impossible to work for independent journalists or significantly difficult. Ukrainian journalists are unable to cover events in this territory due to important threat to physical security. In particular, last Ukrainian journalist Stanislav Aseyev, who is held hostage on the territory of the so-called Donetsk People’s Republic since 2017, has been sentenced to 15 years in prison by a self-proclaimed pro-Russian government in Donetsk. Over the last 5 years, the experts have recorded more than 300 cases of pressure on journalists in the Crimea - including assaults, torture, detention, seizure of property, searches, and threats.