One in every three residents of the South and the East blames Russia for the war, the same number — Ukrainian government — survey

More than one half of the surveyed of residents of the East and the South of Ukraine put blame for the armed conflict on Donbas on Russia (35%) or on the central government of Ukraine (33%). More than one third found it difficult to make their mind on the issue.

16% of the surveyed tend to blame for the conflict the EU and the U.S. (16%), and 17% — «persons fighting against the Ukrainian government in the East of Ukraine». 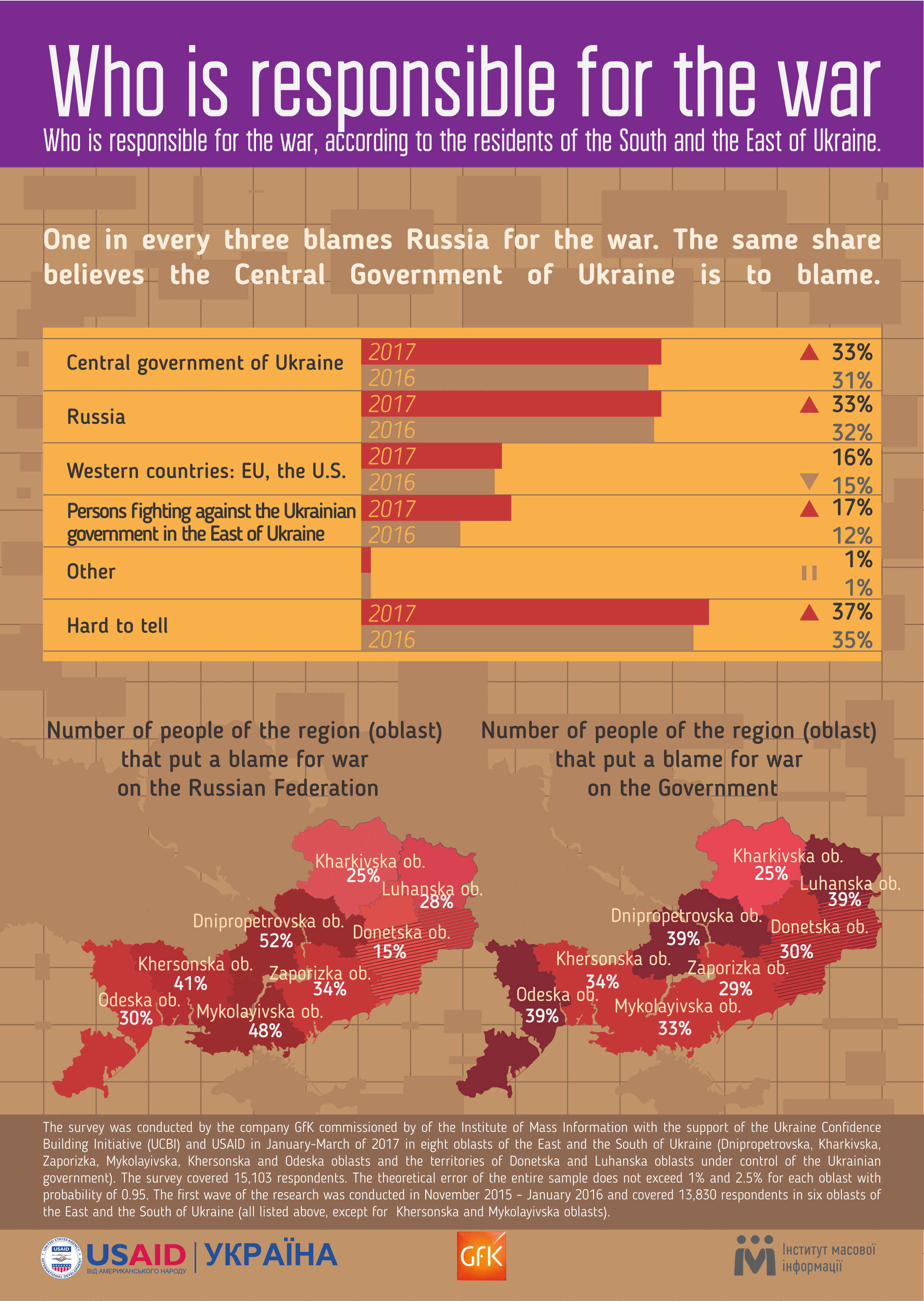 It is noteworthy that in one year that has passed since the first wave of the research, the share of those who puts the blame for the armed conflict on Donbas the persons fighting against the Ukrainian government in the East of Ukraine (from 12% to 17%).

The ones to blame Russia most often are the surveyed residents in Dnipropetrovska (52%), Khersonska (48%) and Mykolayivska oblasts (41%). The least often do so those surveyed in Donetska oblast (15%).

The ones to blame the central government of Ukraine for the armed conflict most often are, again, the surveyed residents of Dnipropetrovska, as well as Odeska and Luhanska oblasts (39% in each).

Curiously, in Donetska oblast more than one half (51%) are undecided about this question.

The respondents that speak Russian at home are less likely to blame Russia (31%), than those that speak Ukrainian (44%). Also, there exists a certain difference in attitude between the respondents, which identify as Russians, and Ukrainians. The former are less likely to put blame for the conflict on Russia (23% among Russians and 36% among Ukrainians) and more likely to blame the Western countries (25% among Russians and 14% among Ukrainians).

Only 17% of the surveyed agreed with the statement that Ukraine has to resume the fell-fledged armed hostilities, to regain the territories currently under control of the separatists in Donetska and Luhanska oblasts.

39% agreed that we must not agree to any compromises with Russia in the issue of return of full control over Crimea and Donbas to Ukraine. The largest share of opponents to the compromises with Russia was observed in Mykolayivska (75%), Khersonska (54%), Dnipropetrovska and Zaporizka oblasts (47% in each), and the smallest – in Donetska (19%) and Kharkivska oblasts (21%). 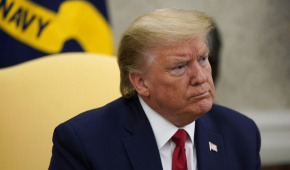 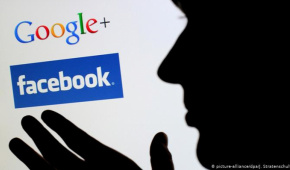 Parliament to oblige tech giants to pay taxes in Ukraine

PACE slammed attacks on journalists in Ukraine
Want to learn first about the new research of the Institute of Mass Media? Subscribe to the newsletter!