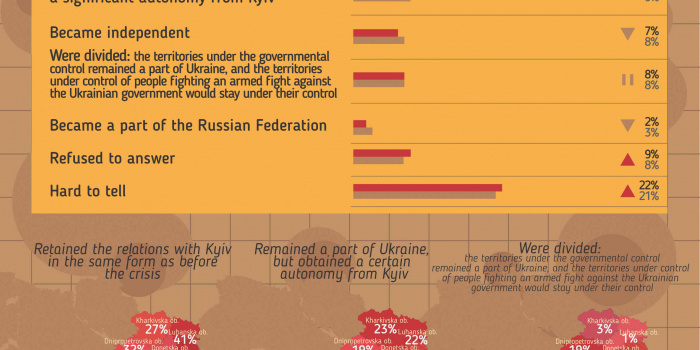 37% of residents of the unoccupied territories of the South and the East of Ukraine believe that Luhanska and Donetska oblasts should retain the relations with Kyiv in the same form as before the crisis. 18% support the idea of a significant or certain autonomy for these areas.

Compared to the last year, the residents of the East and the South Ukraine show somewhat more support to the idea of Donbas retaining the same relations with Kyiv as they were before the crisis. The share of supporters of this view grew from 30% to 34%. 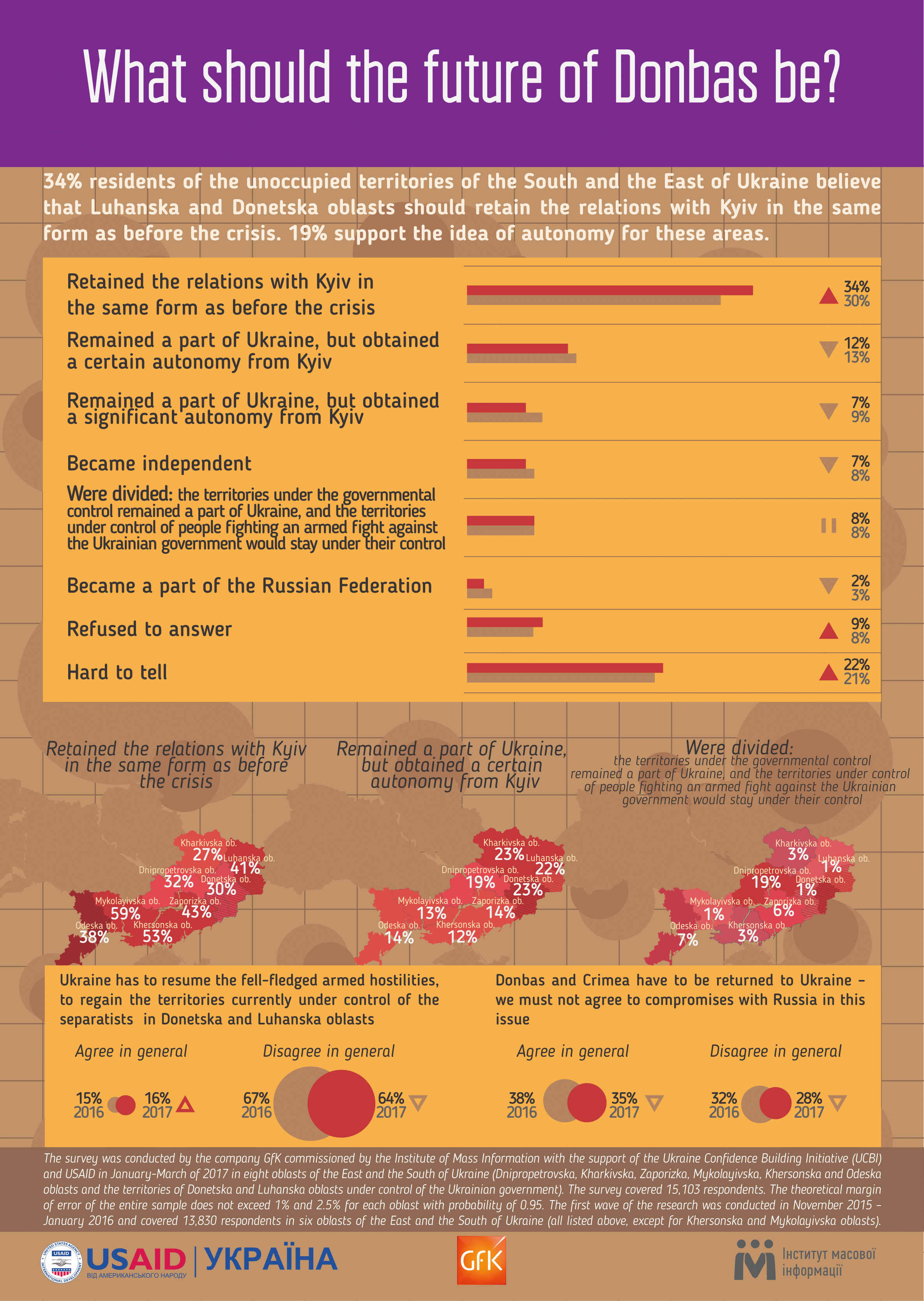 Alongside this, the share of supporters of the idea of Donbas being handed over to Russia is now lower than what it was last year, although even then it was insignificant (from 3% to 2%).

Residents of different regions seems to have varied opinions. The largest share of supporters of the preservation of the pre-war relations with Kyiv was observed in Mykolayivska (59%), Khersonska (53%) and Zaporizka oblasts (43%).

The largest share of those, who believe Donbas should be granted a certain or significant autonomy, was observed in Donetska, Kharkivska (each 23%) and Luhanska oblasts (22%).

The largest share of respondents that were unable to choose a clear answer or outright refused to answer the question was observed among those surveyed in Kharkivska (43%) and Donetska oblasts (39%).