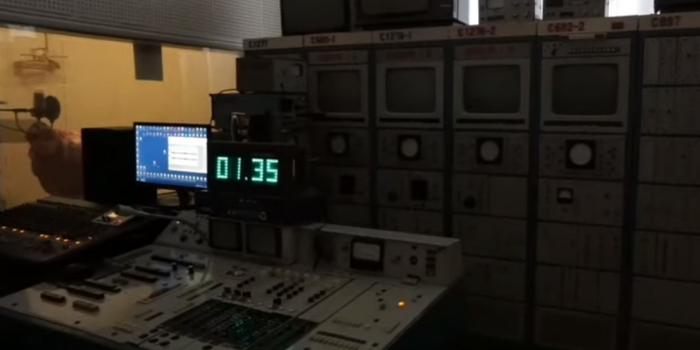 Screenshot from the video of the Okhtyrka municipal council

The Okhtyrka Municipal Television and Radio Company (Sumy region), which is located in Okhtyrka school #1, is forced to quit the occupied premises.

The deputy of the Okhtyrka city council, the former mayor of Okhtyrka Igor Alekseyev said it on the Facebook page.

Citing the managing editor of the radio programs Viktor Bren’, Alekseyev wrote that the mayor of Okhtyrka Pavlo Kuzmenko came to the the radio company and "in an unacceptable form" demanded that they quitted the premises where the studio is located. According to Victor Bren’, this will mean the closure of the radio station.

At the same time, on the page of the Okhtyrka city council a video was published, in which the mayor Kuzmenko explained what had happened. According to him, the radio and television company was occupying four rooms in the secondary school building, and the lease agreement was to expire on December 31, 2021. So he offered the radio station to temporarily abandon two rooms and in a year or two, he promised to find them a new office.

The mayor didn’t deny there was a conflict with a radio employee that arose during his visit to the radio company, but he insisted on the priority of the interests of the educational institution.