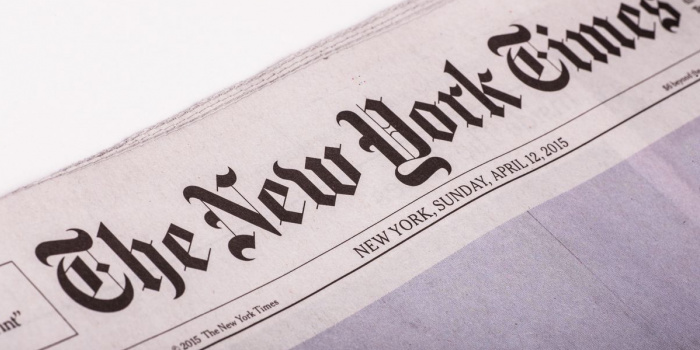 U.S. newspaper The New York Times has corrected a photo of a map of Ukraine without Crimea in an article about Ukrainian oligarch Ihor Kolomoisky, according to corrections that appeared in print on Friday, November 8, 2019, as Ukrinform reported.

"An article on Monday about a Ukrainian oligarch's plans for a ski resort included a map of Ukraine, suggesting that it was separate from Crimea. The map should have indicated the area, annexed by Russia in 2014, with a dashed border line," the newspaper wrote.

The illustration was published on November 4 in an article about the Ukrainian oligarch's plans to build a new ski resort. The map showed the territory of Ukraine without the Crimean peninsula.

Ukraine's Embassy in the United States appealed to the newspaper with the request "not to play into the hands of Russian information propaganda."