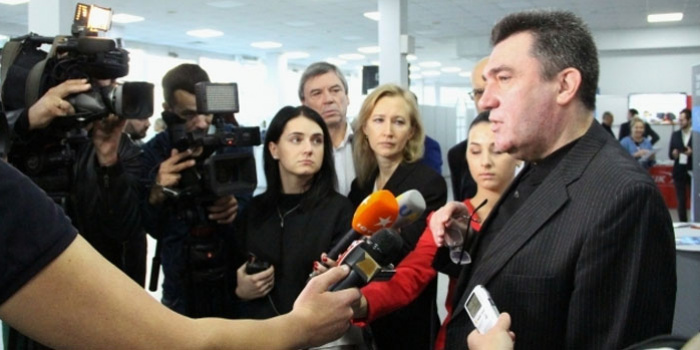 The Secretary of the National Security and Defense Coumcil (NSDC) Oleksiy Danylov told some changes to be applied to the Cyber Defense strategy of Ukraine. Public and private sector professionals need to jointly develop a powerful cyberdefense system in Ukraine. He told it at the Second International Forum "Cybersecurity. Protect your business" on October 16 in Kyiv.

"Cybersecurity is now the number one issue for every modern country", - he emphasized. - "Our task is in no case to lose the issue of cybersecurity in Ukraine". According to the NSDC Secretary, it is necessary to provide such a cyberdefense system, "that no aggressor has an opportunity to attack our country".

In this context, Mr. Danilov noted that both military servicemen who defend our country in the frontline and specialists in protection of the digital and information space, "fulfill out the same task".

The NSDC Secretary also reminded that the new government team is carrying out all-encompassing digitalization, the Ministry of Digital Transformation of Ukraine has been established, which, in particular, will be responsible for the development and implementation of state policy in this area.

Mr. Danilov underscored that digitalization of all spheres of the country's life and issues of its cyberdefense is a common task of the relevant state and private structures to make the citizens of Ukraine feel protected. "This is our state, and we must defend it together", - he stated.

In his comment to the press, the NSDC Secretary informed that in shortly it is planned to make changes to the Strategy of cyberdefense of Ukraine, and in this work, the NSDC of Ukraine is assisted by experts both from specialized state structures and representatives of the private sector. "Time is making some adjustments, we have to respond to the challenges. And if necessary, the Strategy will be adjusted depending on the cyberdefense tasks", - he said.

Referring to the topics of today's forum, Oleksiy Danilov drew attention to the importance of business structures to be aware of the seriousness of cyber threats and to make efforts to protect "their perimeter". "Businesses should understand that this is common protection of the country", - he noticed.
rnbo.gov.ua
Photo credit: rnbo.gov.ua
Liked the article?
Help us be even more cool!
Other news