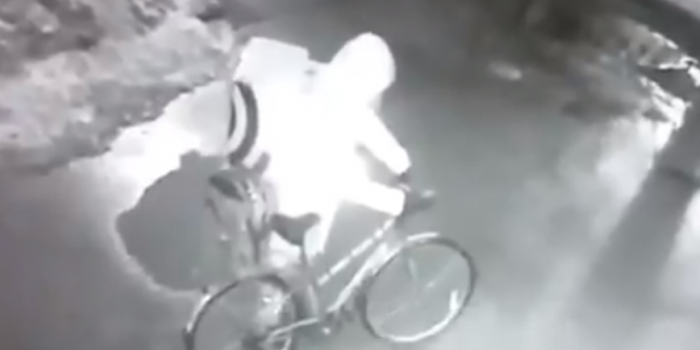 A Russian newspaper that has exposed official corruption and human rights abuses urged Moscow city authorities on Tuesday to investigate what it said was an attack on its offices with a chemical substance, as Reuters reported.

Novaya Gazeta, whose reporters have been subjected to numerous attacks since it was founded after the Soviet Union collapsed, reported a foul chemical smell at its Moscow editorial offices on Monday, which it described as a deliberate attack. No one was reported hurt..

Emergency service sources cited by Russian news agencies said nothing dangerous had been detected and that the smell appeared to have come from a basement sewer.

But on Tuesday, Novaya Gazeta circulated a video published on social media that it said showed a hooded figure dressed as a Moscow food courier pausing by its office with a bicycle and spraying a substance for several seconds before walking off.

Reuters could not independently verify the video’s authenticity.

“This can’t be left like this. It’s a threat to Muscovites,” the newspaper said in a statement on its website.

One of the newspaper’s journalists, Anna Politkovskaya, was shot dead in Moscow in 2006 after exposing abuses in a war in the southern Russian region of Chechnya.