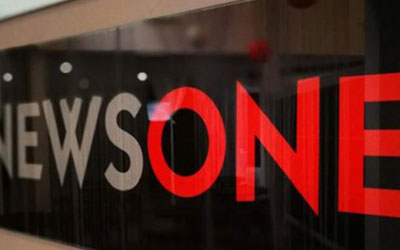 The International Editorial Council of NewsOne demands Ukrainian authorities to interfere in the situation around NewsOne and do not allow revocation of TV channel's license, as its statement reads.

"Over the past five years, Ukraine has repeatedly been at the center of reports of violence against journalists and authorities' attempts to influence the work of independent media. (...) After the tremendous news concerning the shelling of the 112 Ukraine TV Channel, and reports about the possible future arrests of the assets of the company in favour of the new Ukrainian authorities, it is even more disturbing that the facts of intimidating journalists of NEWSONE TV Channel remain; moreover, the member of the National Council of Television and Radio Broadcasting of Ukraine Sergiy Kostynskiy has already declared the decision to cancel the licence of the TV Channel by court." The statement made by the member of the National council Serhiy Kostytsky the TV channel considered as "is nothing but illegal pressure on media, but also in the fact that the TV Channel might become a victim of the body authority that has been recently blamed of pressure onto media in the interests of the former President. Aforementioned accusations belonged to the current authorities who used to be members of the oppositional media". The TV channel council claimed that "documents, which lie into the basis of the decision to withdraw the license of the TV channel are no less worrying, as soon as these paper will be used in the following meeting of the National Council on September 5. The inspection report conducted by the National Council, which we have at our disposal, is based on subjective judgments and does not contain any background of any possible manipulations or violations of journalistic standards. According to the verification report, the TV channel can be deprived of the right to broadcast because of is the speeches of politicians and public figures, made by them in a live(!) air. Missing the fact that these statements did not refer to any incitement of hatred and intolerance, the right to broadcasting in the 21st century in Europe might be lost because of the words of guests of the airtime who are supported by the society and are a part of the socio-political life of the country." IMI reported that the National council on television and radio broadcasting of Ukraine has intention to seize the court to revoke the license of NewsOne TV channel. “The verification has been completed. Based on the results of this verification, the decision is to be made until September 5. We monitored broadcasting of this channel (NewsOne), in particular during the election, and we recorded some facts with signs of incitement to hatred in Ukrainian society. And we made ready a draft decision, by which the National council appeals to the court demanding to revoke the license, “- Kostynsky said.
Liked the article?
Help us be even more cool!
Other news