Tagansky district Investigative department of the Russian Investigative Committee's in Moscow summon photographer and journalist Sergei Loiko for questioning in connection with spreading "propaganda" of "Pravy sector" (Right sector). Loiko published a photocopy of the document on his page in Facebook, Radio Liberty reports.

According to the document, investigation department summon Loiko to take affidavit on Feb. 16. 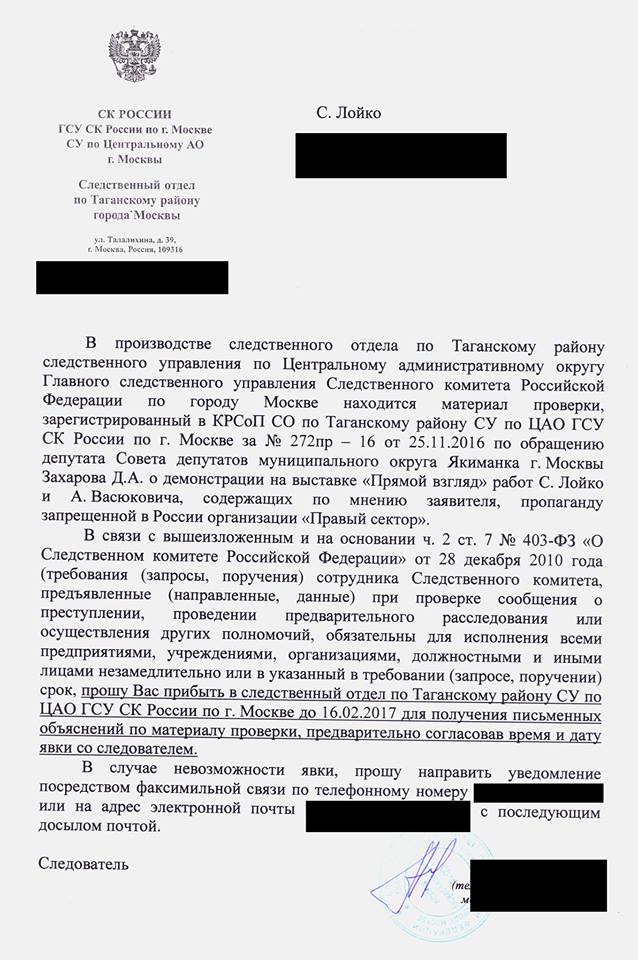 Journalist Sergei Loiko cooperates with Western media. He worked in the combat zone in Donbas region, in particular, in the Donetsk airport. In addition, he published the book "Airport".
In January 2015, the Ministry of Justice of the Russian Federation put 5 Ukrainian organizations, including the "Right Sector", UNA-UNSO and UPA in the list of prohibited in this country .