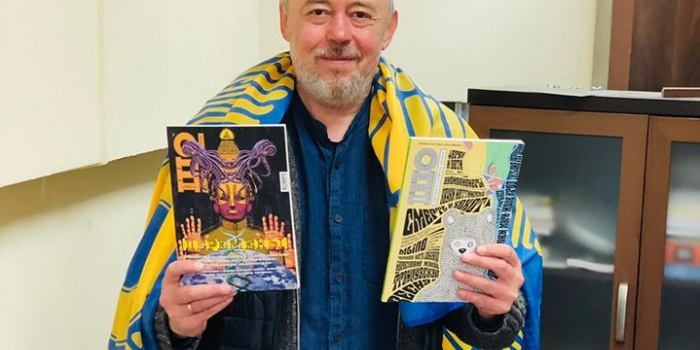 Due to the full-scale russian-Ukrainian war, the literary magazine "SHO" was forced to close down.

This was announced by the publication's editor-in-chief Oleksandr Kabanov on his Facebook page, Chytomо informs.

"Now my employees and I are completely out of work. War and Putin, god damn him. There has never been such a unique and large-scale educational project, dare I say, in the whole world. The magazine had been published in Russian and Ukrainian for 17 years. Full color, hard cover, all over Ukraine and beyond. It was the work of my whole life," he wrote.

SHO Magazine is a russian- and Ukrainian-language magazine dedicated to literature and culture. It had been published in Kyiv since 1995. The publication had been created as a humanitarian project aimed at expanding the Ukrainian cultural space.

"Thank you to everyone who was there and to those I wrote about. It was my crystal temple and my city of sin. Keep text notes about yourself, it is the history that lasts forever. It's endless," wrote one of the magazine's contributors, Oleksandr Proletarsky.

The "Kyivsky Lavry" International Literary Festival was also held by the magazine.

Earlier, the literary-critical portal "LitAccent" announced the suspension of their work.