The Ministry of Defense has published a memo for the mass media on covering of the work of Ukrainian defense industry enterprises.

Namely, it forbids to cover the shelling strikes and the extent of the destruction of military and defense industry facilities.

It is forbidden to provide one's own explanations as to which weapon had been used to target the russian invaders. It is necessary to wait for an official statement from the General Staff of the Armed Forces of Ukraine or the Ministry of Defense.

It is also forbidden to mention the names of the companies that manufacture Ukrainian weapons which are used to destroy the russian invaders. 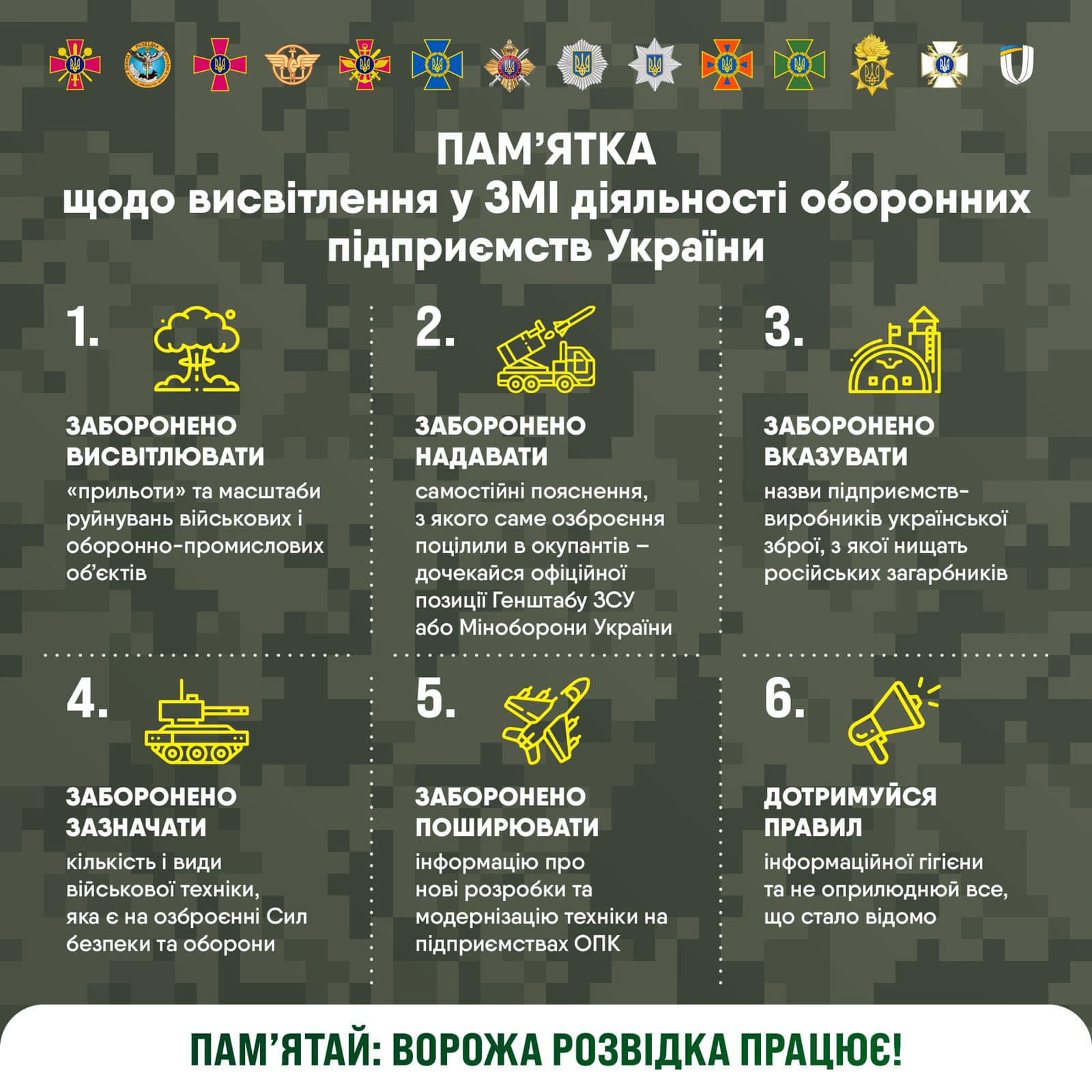 Moreover, it is forbidden to specify the number and types of military equipment that is in service with the Security and Defense Forces.

It is forbidden to spread information on the new projects and equipment modernization at military industrial complex enterprises.

At the same time, it is necessary to observe the information hygiene rules and not to make public everything that one learns.

Earlier, the Ministry of Defense urged people not to name the types of weapons which the Armed Forces of Ukraine uses to hit enemy targets befor the General Staff reports on it.