Ministry of Defense initiates a newspaper for the military 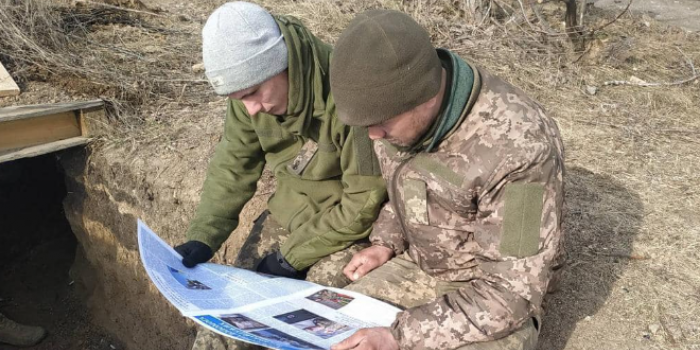 The Ministry of Defense of Ukraine appealed to the Verkhovna Rada Committee on National Security, Defense and Intelligence with the initiative to draft a bill on the creation of a printed publication for the military.

This was announced by Deputy Defense Minister Hanna Malyar.

According to her, this is necessary to bring information to the frontline, where there is no stable Internet access, as well as no radio or television signal.

"The project's main idea is that a military newspaper should be together with the Ukrainian military: in trenches and dugouts. The publication's columns will be focusing on truthful information about the situation in the country; relevant content on socio-political, military, and other important topics, including social protection, will be published," said Malyar.

She hopes that lawmakers will soon support the initiative of the Ministry of Defense.

To "zrada" proponents, Malyar advised to remember that the country is at war. "And this is truly unprecedented in the modern world. Everything that will strengthen our army, including informationally and morally, must be done!" said Malyar.