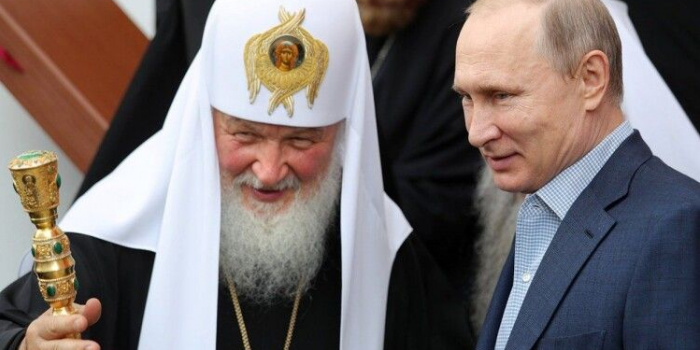 The Main Intelligence Department of the Ministry of Defense of Ukraine has published a list of the russian orthodox church priests who cooperate with russian propagandists and the occupiers' IPSO units.

At the behest of the kremlin, these propagandists in cassocks preach the doctrine of the "russian world", which does not correspond to Orthodox doctrine. Following russian official propaganda, ROC officials justify russian aggression, genocide of the Ukrainian people and call on their parishioners to join the ranks of russian occupation forces," the statement said.

According to the Ministry of Defense of Ukraine, ROC officials received clear instructions to agitate the parents and relatives of young russians to encourage them to sign a contract for military service.

Ukraine's military intelligence reminds that all criminals will be brought to justice for crimes against the territorial integrity and population of Ukraine.