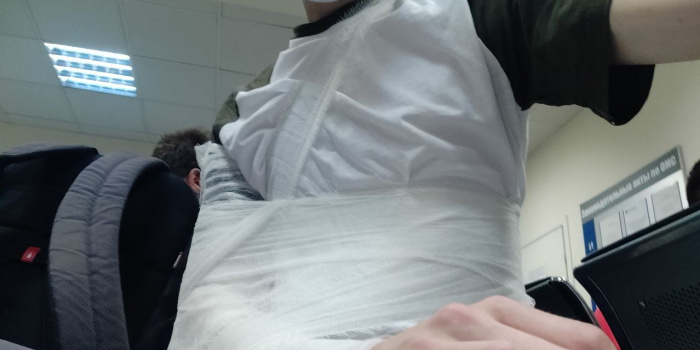 A police officer attacked Mediazona correspondent David Frenkel at polling station No. 2219 in St. Petersburg, during voting in the ongoing plebiscite on constitutional amendments,as Meduza reported.

Frenkel reported that a police officer wearing the badge number 009175 had attempted to remove him from the polling station, stating that he believed the officer had broken his arm in the process. One of the observers at the polling station also stepped on the journalist’s leg, and then grabbed his injured arm.

“They twisted [my] arm and punched it. I am laying on the floor, because I can’t move my hand at all, my arm hurts terribly and my fingers barely move,” Frenkel said.

"Mediazona" correspondent David Frenkel being taken to the hospital.