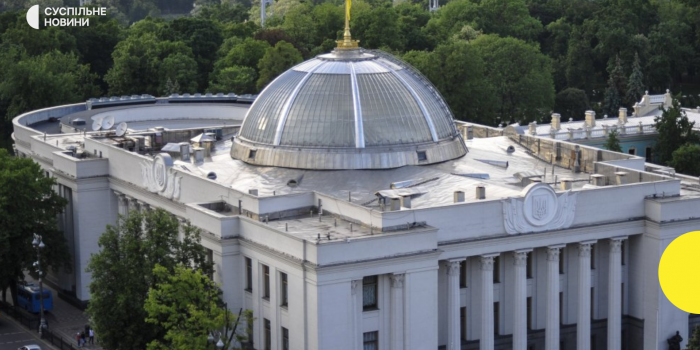 Detector Media provides the full text of the IMC statement:

Acquiring the candidate status for European Union membership requires Ukraine to adopt democratic, modern, and effective legislation in the media field. In particular, the European Commission's recommendation regarding Ukraine's future EU membership contains a requirement for our state to "tackle the influence of vested interests by adopting a media law that aligns Ukraine’s legislation with the EU audio-visual media services directive and empowers the independent media regulator." The adoption of media legislation which takes into account the requirements stated in Directive №1808/2018/EU, streamlines Ukrainian law in accordance with the recommendations of the Council of Europe experts, and brings it closer to the legal framework of the European Union is one of Ukraine's obligations within the framework of the EU association agreement.

The draft bill "On media" №2693-d has been waiting for the first reading since 2019. On July 14, 2020, the Committee on Humanitarian and Information Policy reviewed the draft and recommended that the Verkhovna Rada of Ukraine adopt it as a basis in the first reading and take into account the proposals provided by the Committee.

The statement of the Chairman of the Verkhovna Rada of Ukraine Ruslan Stefanchuk about the Parliament's intention "to work in turbo mode in order to fulfill all the EU membership obligations by 2025," on one hand, gives hope for the unblocking of this and other important draft laws, which is long overdue. On the other hand, there is a danger ofthese legislative acts being passed in a hurry, behind the scenes.

We, public and media organizations, call on the state leadership and the Verkhovna Rada to immediately resume the transparent process of preparing new media legislation with the involvement of the expert community, public organizations, and professional media workers. The introduction of new regulatory mechanisms in the media field, which is critically important for the functioning of democracy, should take into account the realities and interests of the media community, civil society organizations, the balance beetween the rights and freedoms and the need to respond to the challenges posed by russia's informational and military aggression agianst Ukraine.

The Independent Media Council invites other public and media organizations to join this call and expresses its willingness to take part in the discussion and improvement of the new media legislation.

To join the statement's signatories, fill out a short form: https://forms.gle/sc81a7YUUkERVgmD7