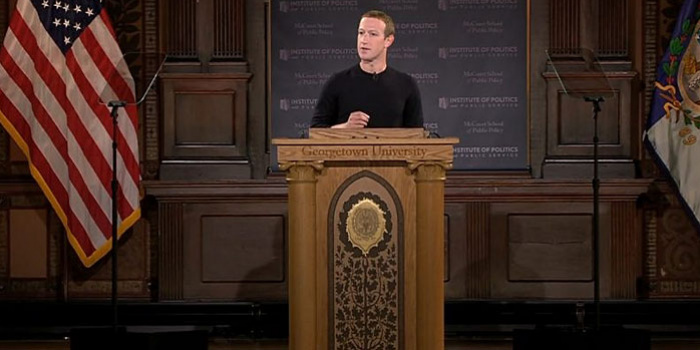 Facebook (FB) CEO Mark Zuckerberg sought to recast the challenges facing his company in a historical light on Thursday, describing social media as a kind of "Fifth Estate" and describing politicians' calls to clamp down on tech companies as an effort to restrict the freedom of expression, as CNN reported.