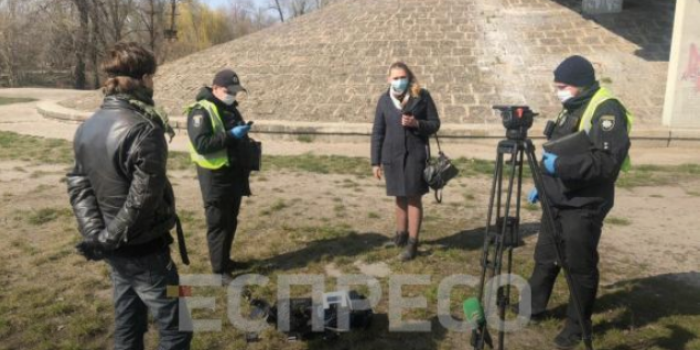 In Kyiv, on April 2, an unidentified man attacked the TV crew of "Espresso.TV", as this was reported on its website.

Two journalists and the operator were preparing the story about observance of quarantine by food establishments in Hydropark.

"An unknown man ran toward the TV crew immediately after Ilya Yevlasha started air broadcast, he grabbed the camera and threw it into the Dnieper," the report reads.

At this time, journalist Dina Zelenskaya tried to capture the attacker on her mobile phone.

"When the man noticed that he was being shot, he ran toward, knocked the young girl to the ground and grabbed her hair. Then he pulled out her phone and threw it in the river too," the editorial office reported.

Police arrived at the scene, but the perpetrator fled away.

The TV channel published a photo of the attacker and asked to help to identify the man and inform the editorial office by phone +380 68 961 0188.