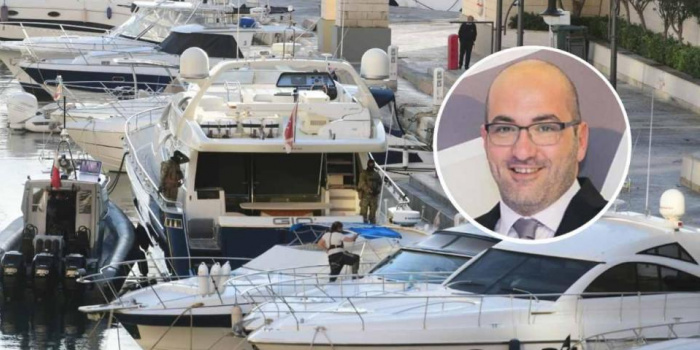 Maltese police have arrested a leading businessman after intercepting his yacht off the island, reports say, as BBC reported.

Yorgen Fenech was detained by armed officers and his yacht has been searched, the Times of Malta reported.

It comes a day after PM Joseph Muscat said he would consider a pardon for an alleged money launderer suspected of being the middleman in the murder of journalist Daphne Caruana Galizia.

It is not clear if the arrest is in connection with the murder inquiry.

Caruana Galizia, an anti-corruption blogger, was killed by a car bomb in 2017. Malta's handling of the case has drawn international criticism.

Witnesses quoted by the Times of Malta said Mr Fenech's luxury yacht was intercepted by an armed patrol boat as it left the port of Portomaso, north of Valletta, early on Wednesday.

Police have not yet commented publicly on the operation.

The BBC has tried to contact Mr Fenech. Neither he nor his spokesperson have yet commented on the reports.

On Tuesday, Mr Muscat said the alleged middleman would first have to give evidence in court before a pardon could be issued.

"I gave a mandate to the attorney general to negotiate with the person's lawyers to take an unprecedented step," Prime Minister Muscat was quoted as saying.

"If the person collaborates and the information provided is sufficient to prosecute the mastermind of this crime, they will receive a presidential pardon."

Mr Fenech heads the Tumas Group and is a director of energy generating company Electrogas.

He has also been identified by Malta's Financial Intelligence Analysis Unit (FIAU) as being the owner of a Dubai-registered company called 17 Black.

As well as the suspected middleman - who has not been named - three other suspects are in custody over the journalist's murder.

Three men - brothers Alfred and George Degiorgio and their friend Vincent Muscat, all in their 50s - have been charged with triggering the car bomb which killed Caruana Galizia near her home in October 2017. They were arrested in December 2017 and pleaded not guilty in pre-trial proceedings.

Vincent Muscat is not related to the prime minister.