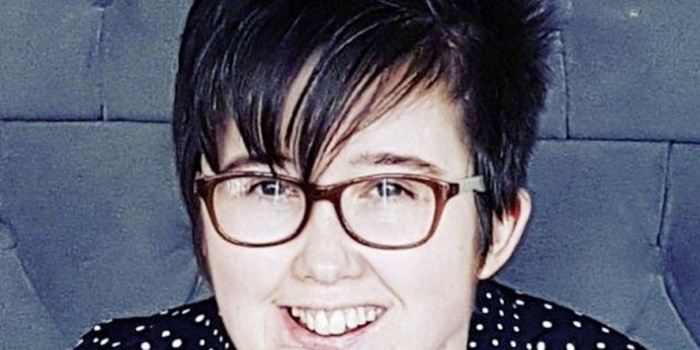 The New IRA has admitted carrying out her murder. Police have again appealed for anyone with information to come forward.

The 29-year-old writer and campaigner from Belfast had only recently moved to Derry when she was killed.

She was standing near a police 4x4 vehicle on the night of 18 April 2019 when a masked gunman fired towards officers and onlookers.

Regarded by many as a rising star in Northern Ireland media circles, she had written for many publications, including Buzzfeed, Private Eye, the Atlantic and Mosaic Science.

She was named Sky News young journalist of the year in 2006 and Forbes Magazine named her as one of their 30 under 30 in media in Europe in 2016.

The Belfast woman had signed a two-book deal with the publisher Faber and Faber, with her forthcoming book The Lost Boys due out this year.

According to those who knew her best, the gay rights advocate was someone who "believed passionately in social and religious tolerance".

At her funeral at St Anne's Cathedral in Belfast Fr Martin Magill received a standing ovation when he asked why it took her death to unite politicians.

PSNI Det Supt Jason Murphy said he believes "that some people within the community know what happened and who was involved."

He added: "I understand that people may be frightened to talk to us. I have previously given my personal assurance relating to anonymity for the purpose of this investigation and I renew this assurance today, as we approach the anniversary of Lyra's murder."

Det Supt Murphy said he wanted the community in Creggan to "think about how that horrific attack impacted them personally and how it impacted the entire community."

"We saw widescale revulsion after Lyra was murdered and I remain determined to work with the community and local policing to convert that revulsion into tangible evidence to bring those who murdered Lyra to justice," he said.

He urged anyone with any mobile phone footage from the night Ms McKee to contact police via the PSNI Major Incident Public Portal.