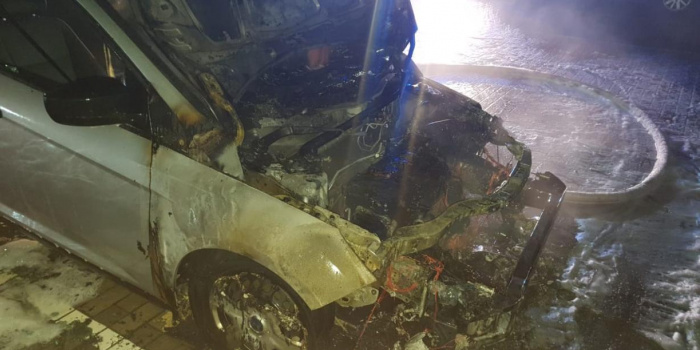 On the night of April 14, an unknown person set fire to the car of a Lutsk woman journalist, the director of one of the newly created editions, Kateryna Dulapchiy (Toi), as VolynPost reported.

The journalist found this incident would be due to her professional activity.

In the morning, an unknown person on a motorcycle drove into Dulapchiy's yard in the village of Strumivka and set fire to her Ford Focus car.

Half the car was destroyed by fire. Volyn police said the fire was caused by arson.

The forensic laboratory, the investigative task force of the Lutsk District Police Department, and a fire expert worked at the scene. Police took fire debris and CCTV footage.