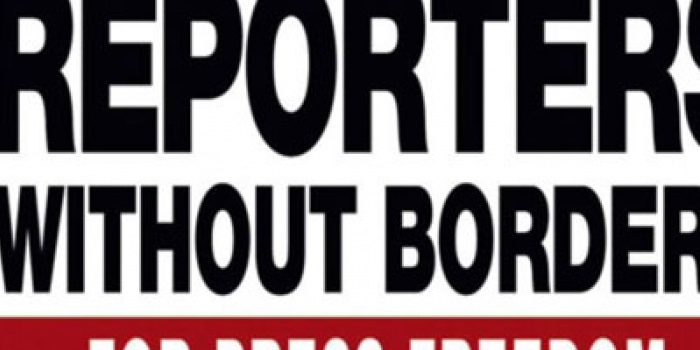 Photo credit: RSF
French billionaire businessman Vincent Bolloré keeps on extending his media empire by ruthless means. Reporters Without Borders (RSF) has made a short documentary, entitled Le Système B, about the methods he uses to control what his own and other media outlets report. In this press release, RSF offers recommendations on how to prevent him from continuing to bully and intimidate journalists, as this is said in the Reporters saqns frontières news.

A 15 minutes French-language video produced by RSF and posted on social media today (14 October), Le Système B consists of exclusive interviews with 11 journalists describing the mechanisms that Bolloré uses when he takes over a media outlet or when journalists with other media try to investigate his business activities. These mechanisms pose a real to danger to both press freedom and democracy.

The journalists speak on camera, without hiding their identity, despite the dangers of judicial harassment to which the “Bolloré system” readily resorts. They include former Canal+ and Europe 1 journalists such as Patrick Cohen and Pascale Clark, who have never spoken publicly on this subject before. And they include investigative reporters Tristan Waleckx (of France Télévisions) and Benoît Collombat (of Radio France), who denounce the methods used by the Bolloré Group to silence reporters.

Additional insights are provided by Jean-Pierre Canet and Nicolas Vescovacci, the authors of a book about Bolloré entitled Vincent tout-puissant (All-powerful Vincent), and by Isabelle Roberts, co-founder of the website Les Jours and co-author of L’Empire, a TV series with a scathing analysis of Bolloré’s media universe.

Released at a crucial time when Vincent Bolloré is expanding his media empire yet again by launching a takeover of the Lagardère Group, this film is an alarm signal. Such a concentration of media outlets in the hands of a businessman with a purely utilitarian vision of news and information and a conception of journalism based on servility, one who systematically sues journalists investigating his business dealings, poses a clear threat to the democratic debate. New safeguards are urgently needed. This is why RSF is offering a series of recommendations”, as Christophe Deloire, RSF secretary-general, said.