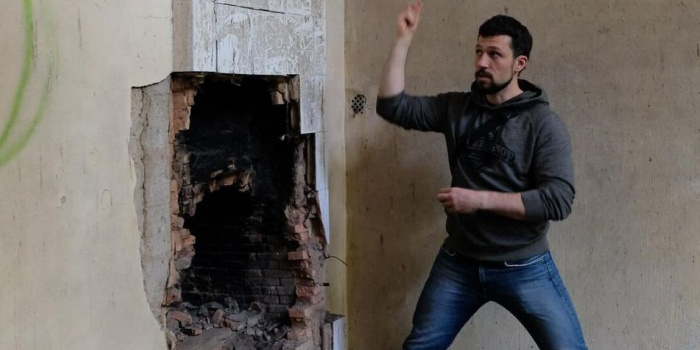 "Sergiy ran a blog about Kyiv and its beautiful abandoned and not-so-abandoned houses, gave tours around the city. Wrote a few books. Restored antique doors," she wrote.

Ksenia recalled that Serhiy could not reach an agreement with utility workers preventing him from restoring a door without a permit, so she offered to issue a deputy's assistant certificate for him, but failed to do so before February 24.

"People who loved Kyiv with their whole hearts and their deeds are dying. (…) Therefore, never put off anything that the military ask of you," she added.

Serhiy Mironov was the author of the vanishing_kyiv blog, restorer of antique doors.

At the start of the full-scale invasion, Serhiy went to defend Kyiv in the ranks of the 241st territorial defense brigade.

"A few days ago, he was wounded while protecting his brothers-in-arms, and died from these wounds in the hospital," wrote Alyona Denga, the founder of the travel blog "Veter do it".

"He knew enrance codes to all old buildings in Kyiv, he even had his own keys to some courtyards. He knew which staircase has a 100-year-old horsehair shoe brush lying around, and where the Soviets had mothballed an entire fire escape, so now it looks like a museum exhibit," she said, talking about Serhiy's city tours.

A year ago, Suspilne made a documentary about Serhiy Myronov.