February 13, 2017 -  Uknown brutally beat Volodymyr Kuropiatnyk, a guest editor of the municipal TRC "Rudana" at the evening in Kryvyi Rih (Dnipropetrovsk region). The channel reports.
The attack occurred near the house of a journalist.
"Unidentified approached with a request to "give a cigarette" and almost immediately they started to beat me in my face and legs. Noteworthy that the attackers did not take wallet, phone, absolutely nothing,"- the TV channel said, refering to it's head Natalia Vlasova.

In a comment to the IMI representative in Dnipropetrovsk oblast Volodymyr Kuropiatnyk told that he connects the attack with the conflict with his former employer, but not with his journalistic activities. 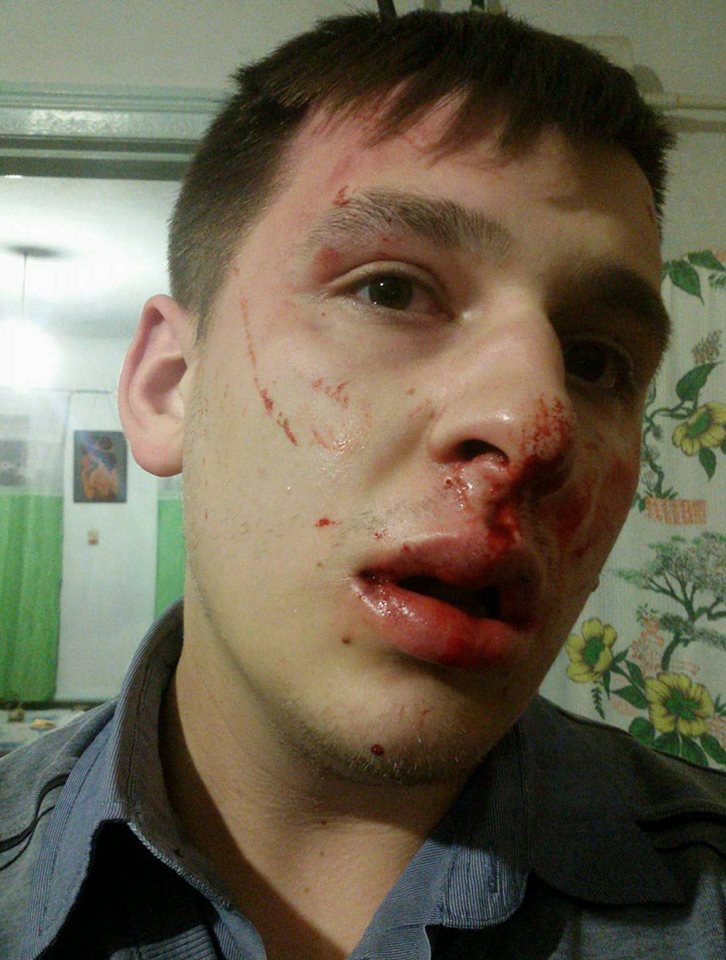