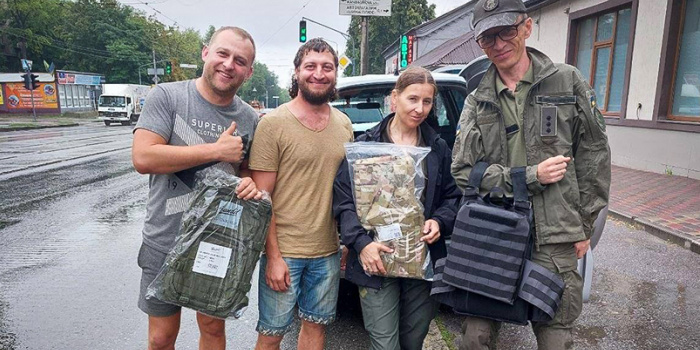 Dmytro Bruk is first to the right. Photo: Eastern Operational Territorial Association of the National Guard of Ukraine

Kharkiv journalist Dmytro Bruk had been in the ranks of the National Guard of Ukraine since the beginning of the full-scale russian invasion.

This was announced by the Eastern Operational Territorial Association of the National Guard of Ukraine.

Since the spring of 2014, Dmytro Bruk has been covering the course of the russian-Ukrainian war, was a volunteer and organizer of the "ATOgraf" creative project.

Today he is a personnel officer in one of the brigades of the National Guard of Ukraine.

"Dmytro works day and night. His bubbling energy cheers up the entire team and makes it impossible to disregard the needs of the fighters. He is like a locomotive train that only moves forward," his colleagues in the National Guard said.