Kazakh journalist appealed against denial of refugee status in Ukraine 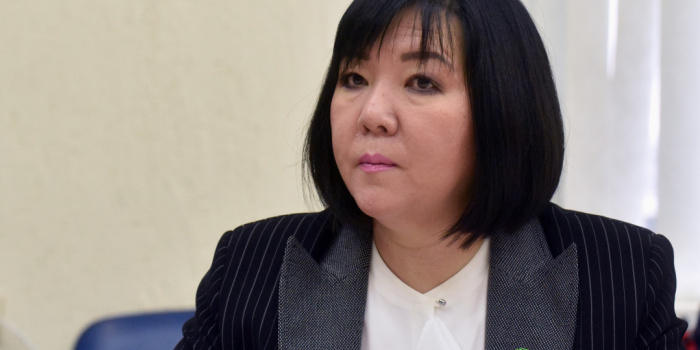 Kazakh journalist Zhanar Akhmetova is going to appeal against the decision to deny her refugee status in Ukraine, as Ukrinform reported.

She said it at the press conference in Kyiv on January 13. “Today, I am the leader of the DCK (opposition movement “Democratic Choice of Kazakhstan”- Ed. ), you could see examples and many proofs that the whole persecution that Kazakhstan is demonstrating and bringing forth against me has political grounds. And certainly, I am going to ask Ukraine to grant me the refugee status , ”Akhmetova said.

For his part, the journalist's lawyer, Vladyslav Gryshchenko, said that the Prosecutor General's Office was verifying case of Akhmetova, although, according to the 1957 European Convention on Extradition of Offenders, persons who are persecuted for some political reasons in other countries are not subject to extradition.

“The nature of the political persecution of Zhanary Akhmetova is more than proven and reflected in the court decisions ... The State Migration Service again refuses to grant refugee status to Zhanara Akhmetova for some unclear reasons. If this happens and the decision remains in force, then the next step will be the decision of the Prosecutor General's Office to extradite her to Kazakhstan, which we will appeal against and we defend our position before judges  ”Gryshchenko said.

Akhmetova also demomstrated some examples of campaigning against her in a negative aspect. These include videos, specific social media pages, posts, and more.

January 14, Kyiv's Sixth Administrative Court of Appeal was to consider the case of Zhanara Akhmetova, whose extradition is being requested by Kazakhstan. Representative of the Open Dialogue Foundation Maksym Sytnikov called on all those who care to come to court and support the journalist.

IMI reported, on 9 January, several NGOs in Ukraine made a stand for Zhanar Akhmetova.

On January 8, activists in Kazakhstan's largest city, Almaty, have urged Ukraine not to extradite Kazakh opposition blogger Zhanar Akhmetova due to her safety concerns.

On October 2017, the Migration Service of Ukraine denied the granting of refugee status to Akhmetova, citing that she was being prosecuted ‘on the basis of non-political fraud charges’.

Akhmetova challenged the decision of the Migration Service in court. On 27 March 2018, the court of first instance dismissed her appeal. However, on 31 July 2018, the Kyiv Court of Appeal and on 17 September 2018, the Supreme Court obliged the Migration Service to reconsider Akhmetova’s application and take into account the information on her opposition and journalistic activities.