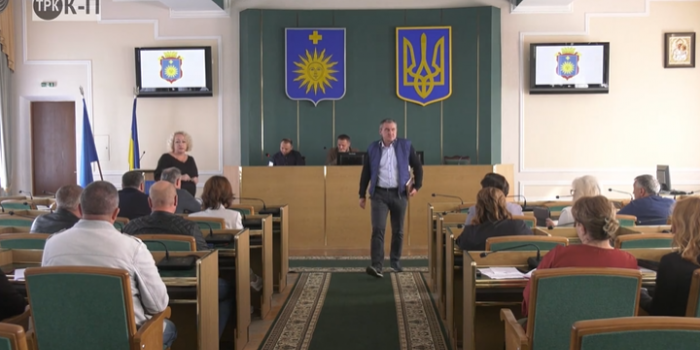 In Kamyanets-Podilsky (Khmelnytsky oblast), TRC Kamyanets-Podilsky's filming crew was not allowed to attend a coordination council meeting, which took place in the City Council. This is said in the TV channel's report.

The officials justified the refusal by saying that the meeting had been held behind closed doors, as strategic issues were being discussed during the working group's meeting. The Kamyanets-Podilsky City Council announced this on its website on September 14. 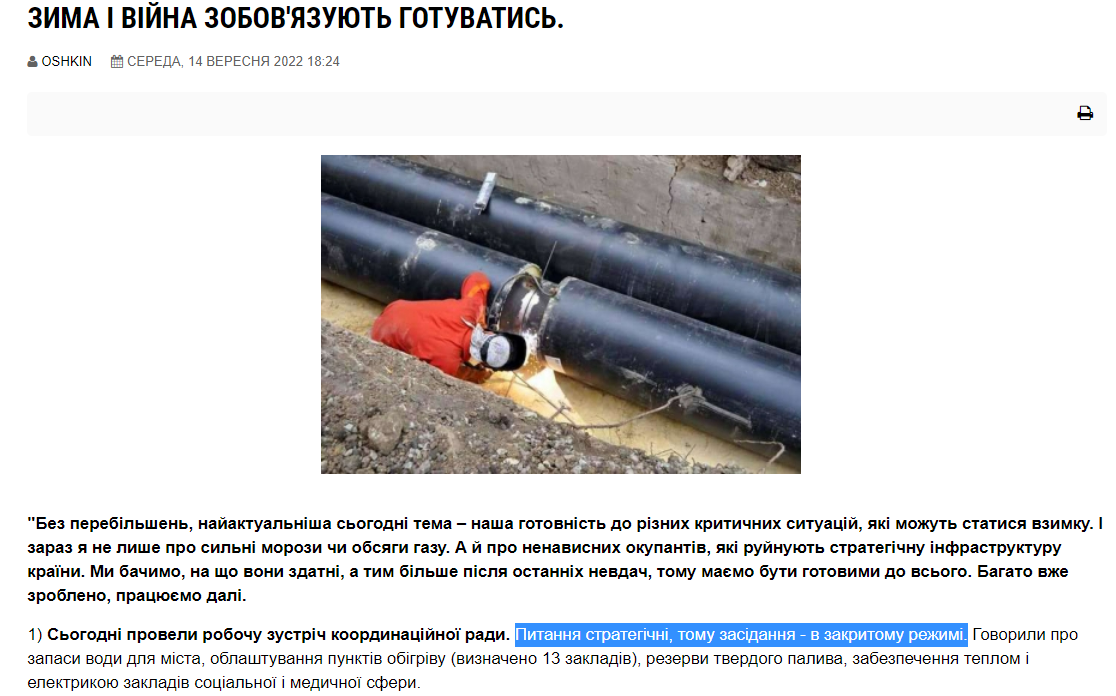 According to the journalists, the issue of holding a closed meeting had not been put to the vote of the working group members.

"The coordination council on preparing the city's economy for work in the autumn-winter period at the Mayor's office. This is not their first meeting, but we have not been to the previous ones, and we decided to attend this one. That commission's members were all just sitting there silent. But when the Mayor came, they immediately started consulting. They consulted for 10 minutes, and then they told us, 'sorry, we must ask you to leave, we will tell you all the information later at the briefing, because now we are going to mention the addresses of some strategic objects, and these can not be made public,'" journalist Inna Doroha told the IMI representative in Khmelnytsky oblast, Alyona Bereza.

As can be seen from the report, Iryna Shelepnytska, deputy and head of the Information, Communication with Authorities and Civil Society Institutions Department of the Kamyanets-Podilsky City Council, was the one who had passed this information to the journalists.

"Mass media representatives, please leave the hall, because strategic addresses are going to be mentioned here. A briefing will be held at the end of this meeting. We will inform you and invite you there," said Iryna Shelepnytska.

For three days, the IMI representative has tried to get a comment from deputy Iryna Shelepnytska regarding the access denial for the journalists. However, the deputy asked her to call again later, saying that she was busy. During the last attempt to get a comment, the deputy hung up. Also, the IMI representative could not get in touch with Mykhailo Positko, the Kamyanets-Podilsky Mayor, for a comment. He did not answer the several phone calls. 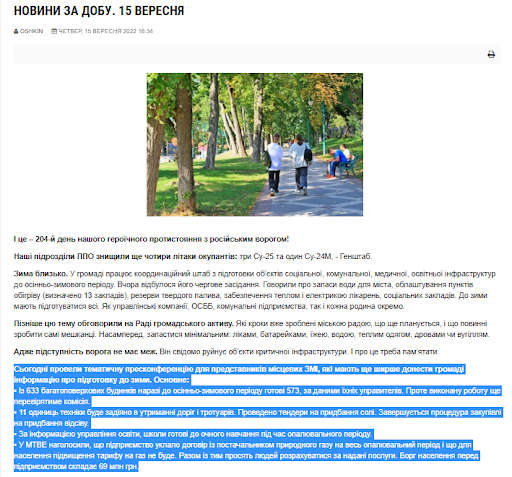 "To hold a closed meeting of a collegial subject of power, a separate decision is indeed required, and this should be determined by the body's regulation or another similar document. By the way, there was no reason for them not to discuss only the issues that dealt with strategic objects in private. Another thing is that it is not entirely clear what kind of coordination council this is and how formalized this body is," IMI lawyer Roman Holovenko commented on the current legislation's norms regarding the meetings of collegial bodies.

As the IMI representative points out, local journalists also complain of the City Council's practices, as since the beginning of the war it stopped livestreaming the City Council sessions online and does not post the recordings of such livestreams, although the Council's current regulation provides for this. The journalists are willing to agree with the first point due to the war, but they don't understand why the recordings of the livestreams are not made public after a few days.

The IMI representative could get no explanation from the officials of the Kamyanets-Podilsky City Council on this issue as well.

"The Ukrainian legislation on local self-government includes the obligation to broadcast the council meetings only if these meetings are remote (Clause 5, Clause 11-1 of the Final and Transitional Provisions), that is, when deputies do not meet in the hall, but communicate via the Internet. Therefore, when the meeting is held in person, the absence of a livestream will only be a violation if such a livestream is deemed mandatory by the Council's regulation or another such document. Otherwise, it is a kind of a gray area in which the legislators have not yet obliged local councils to broadcast their sessions," IMI lawyer Roman Holovenko commented on the necessity to broadcast the meetings of local councils.