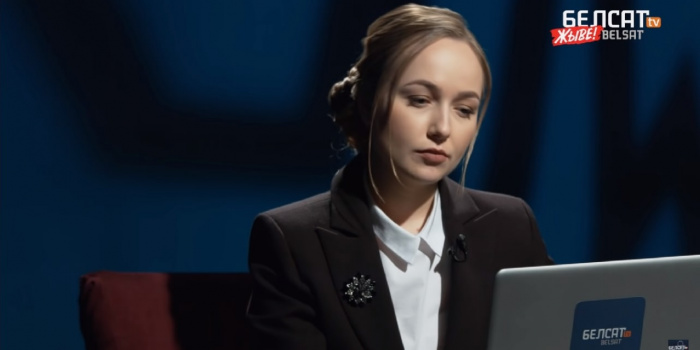 Journalist of the opposition TV channel Belsat Arina Malynovska is threatened with detention of her relatives to force her to return to Belarus, as Belsat reported.

On May 24, the investigator contacted the host of the program "Honestly" Arina Malinovskaya and demanded to come to the police department, otherwise her whole family will be detained.

For the first time, the investigator called the journalist in the Telegram from the number of Valentin Kucherenko, her sister's husband, and said that Valentin and his friend were with them, and now, they were going to take the journalist's grandparents.

Later, Valentin called Arina and said that "everything is serious", he was "taken away", and his colleague Georguy, who was at his house at the time, was also detained. Valentin said that he was asked when she would be able to come back, that they would not "get rid of us, or of our parents, or of our family."

As for Arina, Valentyn noted, they allegedly only want to conduct an investigation in the administrative case: the investigators showed him the case files. He did not know and did not want to ask why he was taken to Okrestina street pre-trial center.

The host of the program "Honestly" Arina Malinovskaya left Belarus due to possible persecution by the Belarusian authorities. Former police officers Yegor Yemelyanov and Dmytro Kulakovsky, who came to Belsat's studio, were detained after a program about security officers was released. In the evening on May 21, security officers came to the apartment where Malinovskaya temporarily lived. The presenter was sought through relatives and acquaintances.