Journalist who prepared storty on perished protester in Minsk detained 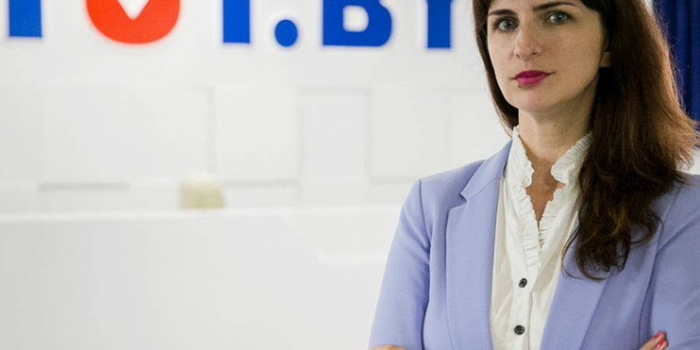 On November 19, a journalist with Tut.by Kateryna Borysevych, who was preparing a story about Roman Bondarenko who was beaten to death in Minsk, has been detained, as Radio Free Europe/Radio Liberty reported.

Borysevych was taken to the KGB pretrial detention center in Belarus. She is to be interrogated today, but this is unknown what is her procedural status.

Borysevych’s daughter told Tut.by that the journalist had gone outside to do shopping, but later she came back accompanied by security officers. The apartment was searched and a laptop was seized. In less than an hour, Borisevich was taken away by masked men.

The portal published a video showing a woman leaving the house accompanied by people in civilian clothes and masks.

Shortly before that, the Prosecutor General's Office of Belarus announced the opening of a criminal case against an ambulance doctor and "another person" for "disclosure of medical secrecy, which led to serious consequences." These are the results of a medical examination of Roman Bondarenko, who died after being abducted and beaten.

The results of Bondarenko's medical examination, first published by Tut.by, confirmed that he arrived at the Minsk ambulance completely sober - contrary to the version expressed by the authorities and personally by Alexander Lukashenko.

Minsk resident Roman Bondarenko was brutally beaten on the evening of November 11 and died at the hospital the next day. There is growing evidence that the attackers may have been linked to law enforcement. Bondarenko's death caused mass outrage, and a march in his memory on November 15 in Minsk was dispersed by the authorities.