Journalist freelancer Anastasia Mahazova told IMI about threat received from unknown men in Facebook after she started to send information about events in Avdiivka, Donetsk region. She told IMI.

According to Mahazova, the message with a threat, that a misfortune will come to her, she received on February 4, during her stay in Avdiivka.

"I think it's just a crazy person or troll sends it. I got it during my stay in Avdiivka, while I was informing about events,"- she said.

The journalist links this case to professional work. According to her, she received threats after publishing materials before too.

Now, Nastia notes, Facebook profile of the man who sent her messages is blocked.
"He was available, but is already locked, I think that after my post (Facebook - Ed.) the network banned it, or he deleted his page." - the journalist said. 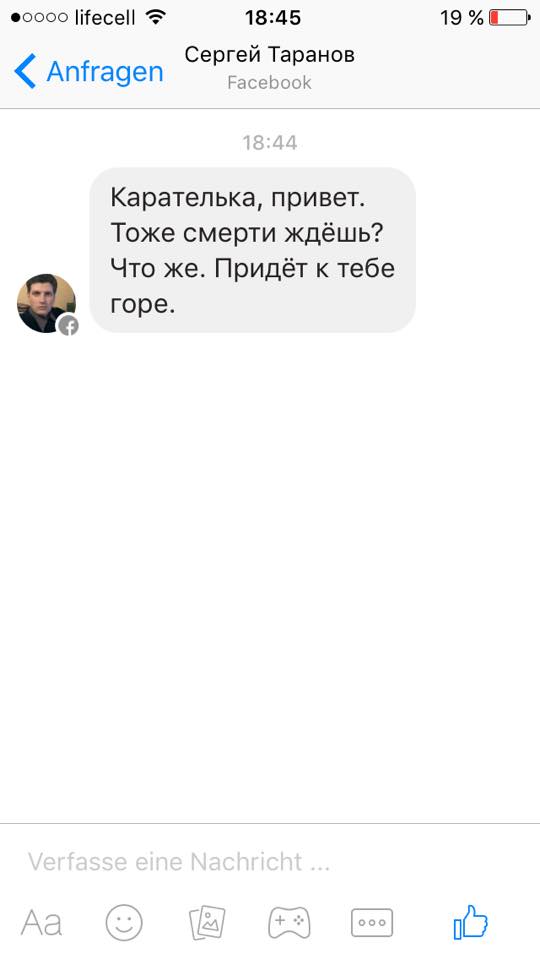