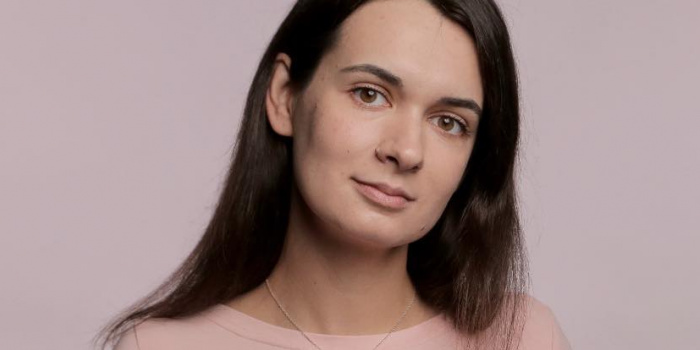 Hromadske journalist Olesia Bida has been nominated for a Swedish human rights award, the Per Anger Prize.

"Your work in the struggle to reach a world where all human beings are free and equal is greatly appreciated.

"The Per Anger Prize is an international award established by the Swedish government in 2004 to promote initiatives supporting human rights and democracy. It is organized by The Living History Forum.

"The award is named in honor of Per Anger, who, as the secretary of the Swedish diplomatic mission in Budapest, contributed to the rescue of Jews from persecution and death in Nazi-occupied Hungary during the Second World War," the organizers said in a statement about the nomination. 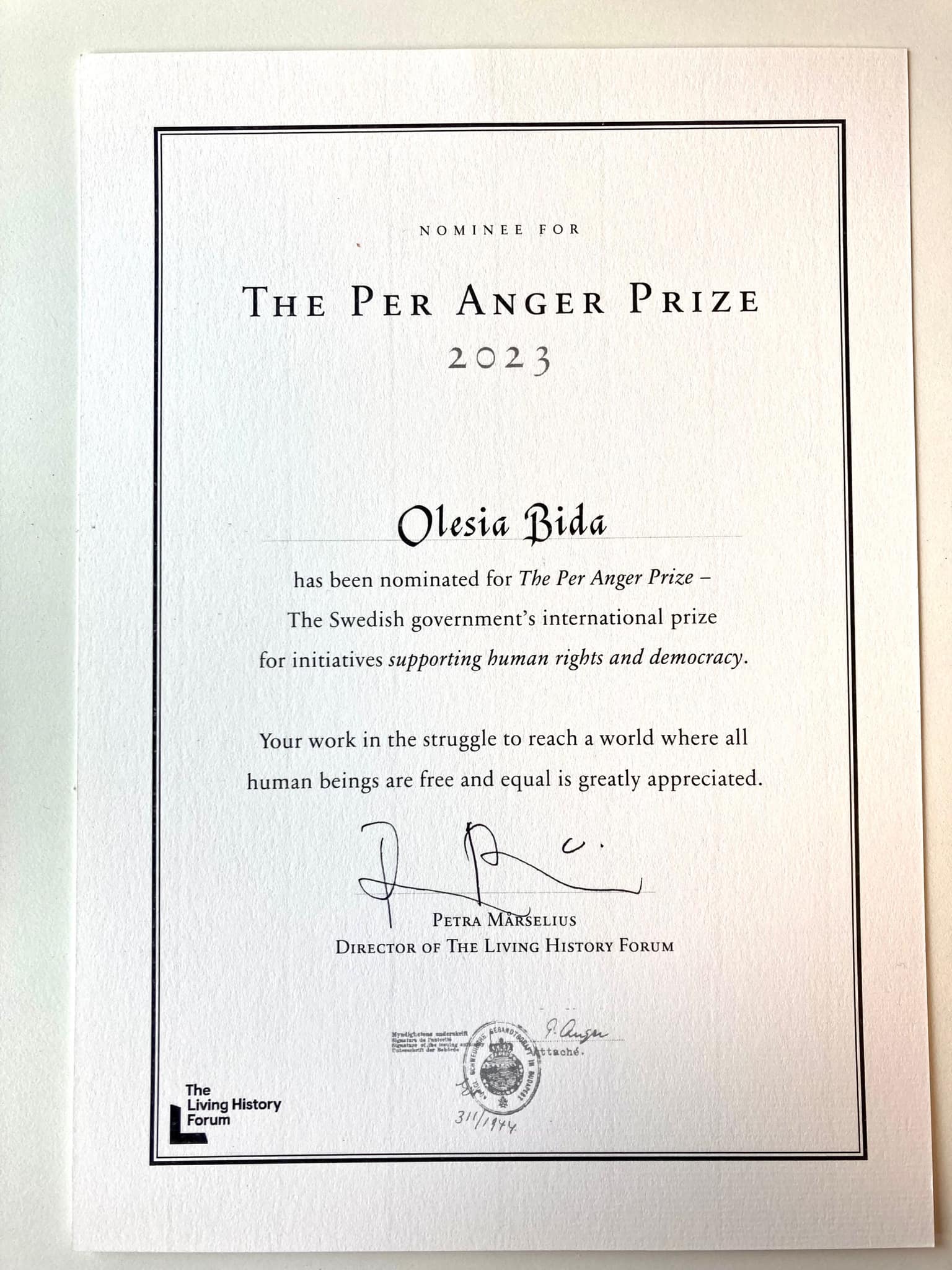 As IMI reported, on September 28 it became known that Hromadske journalist Olesia Bida and Anastasia Tovt, who works for Strana.ua, which is on the NSDC's sanction list, had been shortlisted for the Young Journalist Award from the Thomson Foundation. The annual award honors the work of journalists from countries with a per capita GDP of less than $20,000.

The Hromadske editorial office said that after learning that Anastasia Tovt, an employee of Strana.ua, was also on the list of nominees for the Thompson Foundation's Young Journalist Award, they appealed to the organizers to exclude Tovt from the list of nominees, otherwise Hromadske would refuse to participate in the competition.

On September 29, the Thomson Foundation announced that they were withdrawing the candidacy of Strana.ua employee Anastasia Tovt from the Young Journalist Award after learning that the media outlet was banned in Ukraine and accused of spreading Russian disinformation.