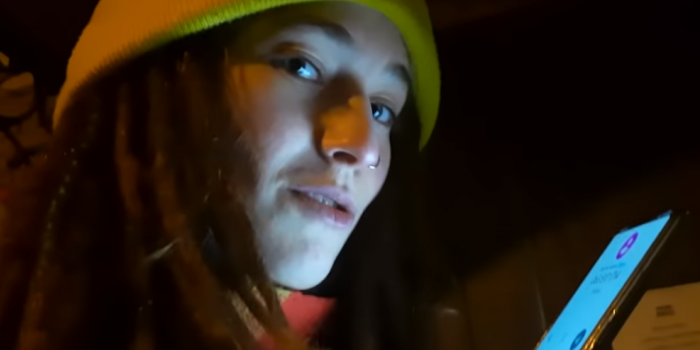 Journalist for Hromadske Alina Sheremeta is threatened and harassed on social networks because of her report on the work of Kyiv bars open during the lockdown imposed on March 20.

She said it sepaking to IMI. The bullying began after her report "INSPECTION of Kyiv establishments during the lockdown", which was made public on Hromadske YouTube channel on March 23.

According to Alina, after the report was made public, she began to receive threats on Facebook in both personal messages and comments.

"As early as on March 23 and 24, they started writing in personal messageries and in comments, and dropped between their audiences with the words" Urgently, bring her to me! ". They also write on my account. But many reposts of the a girl’s saying, the idea was that people like me were not sufficiently mauled in school, I need to refresh my memory. And that girl’s post had almost 200 comments, and all like that: I'm awful, how I dared to do it. , ”the journalist said.

She also said that on March 25, her report was posted on a Telegram channel with the words "Bring her to me."

The journalist fears for her life.

“I will tell you that I went to the store and for the first time, but I am used to see hatred, I am afraid for my life and health. Because those people spoke of my whole personal life, in details, how I spend my leisure time. All the bartenders, the whole party ... I'm afraid to go to downtown, to go to Podil. I can distinguish the degree of anger that is directed at me. And in this case, I understand that everything may not be limited to hundreds of comments and discussions of my life, "said Alina Sheremeta.

She also said that she would file a complaint with the police: "We are suing specific people for committing a criminal offense - a threat or a threat to a journalist."