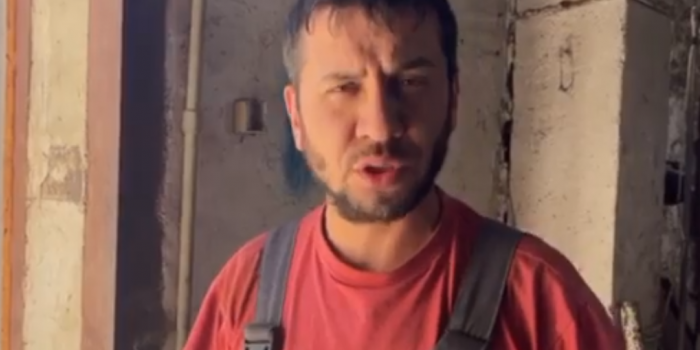 Screenshot from the video of Crimean Solidarity

In the morning of September 8, in the village of Nizhniohyrsky in the occupied Crimea, people from the criminal investigation department came to Ayder Kadyrov, but the journalist refused to communicate with them. Security officers issued a subpoena to him on the spot.

We will remind, on the night of September 5, Ayder Kadyrov was detained by riot police when was on a journalistic assignment near the FSB building on Franko Boulevard.

On September 3 and 4, Eldar Odamanov, Asan and Aziz Akhtemov, Shevket Useinov, and Nariman Dzhelyalov were detained on suspicion of "blowing up a gas pipeline in the village of Perevalny." Nothing was known about them for more than a day. Dozens of people, including relatives, journalists and lawyers, came to the FSB building demanding information about the detainees. More than 50 of them were detained by riot police, including several journalists for Crimean Solidarity and Grani.Ru, Ayder Kadyrov and Nuri Abdureshitov, who had media IDs. The detainees were charged with defience to the police and non-compliance with the rules of behavior amid an emergency.

On September 4, an administrative report was drawn up against Ayder Kadyrov under Art. 20.6.1 Russian Code of administrative offenses ("Failure to comply with the rules of conduct in case of emergency or threat of its occurrence").