Journalist beaten during rally in support of Trump 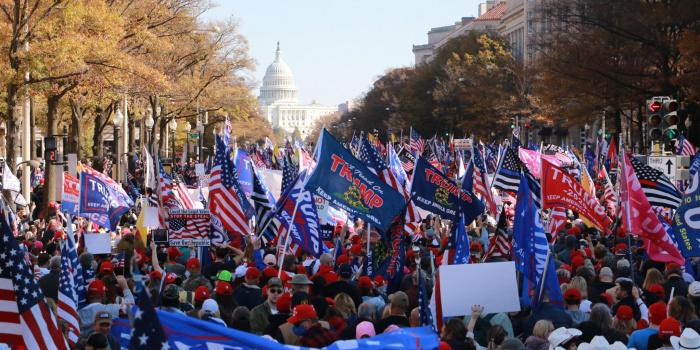 On November 14, during a march in support of US president Donald Trump, representatives of the right-wing radical movement "Proud Boys" beat a journalist in Washington. Ostap Yarysh, journalist with “Voice of America”, who witnessed the incident, reported it on Facebook, as to ZMINA human rights center.

During the rally, the “Proud Boys” men called out "Media sucks." And one of the members of the movement assaulted the journalist who was filming the action with his fists,. His comrade shouted at the victim: "F…out of here**".

As  Yarysh posted on Facebook, he recorded th incident on video. The injured journalist filed complaint with the police.

#MillionsMAGAMarch is getting tense. After chanting "The media sucks", one of the Proud Boys attacked an independent journalist who was filming the march. #MarchForTrump #MillionMAGAMarch2020 #ProudBoys pic.twitter.com/Yo7N6NEOUA