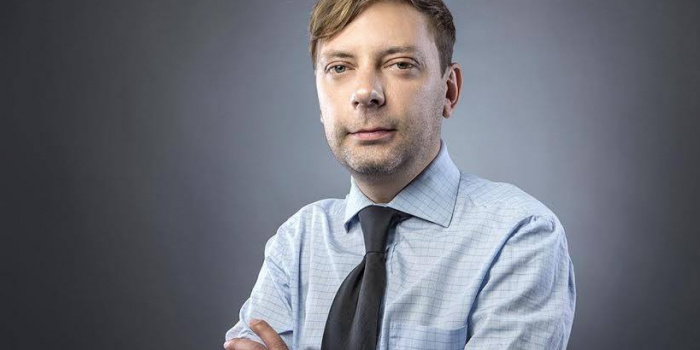 This was announced by his wife Olena Solodovnikova on Facebook.

According to her, he died in intensive care after a long-term severe stomach illness.

"You have been preparing me for accepting that I eventually will have to live without you. Constant treatments, therapy. You knew you were fading away. We often talked about it. But I still wasn't ready for you to leave so quickly and suddenly," Olena wrote.

Artem's wife said that Skoropadsky has been helping the wounded and sending buses of food to the front line. "You said, 'Never tell anyone that I helped somebody.' I'm sorry, but I will speak about all the times you raised money for the wounded, arranged buses of food to go to the front line, about Katya who lives two floors below, for whom you would bring food, because she is lonely and feeds the local cats. For the past nine years, you have been living by helping those in need," said Olena Solodovnikova.

She noted that she would later announce the time and place of Artem's funeral.

Artem Skoropadsky was born in March 1981 in Moscow. In 2005, he moved to Ukraine and worked as a correspondent for "Kommersant-Ukraine". During the Revolution of Dignity, he became the Right Sector's press secretary, and was declared a wanted person in Russia for this. Skoropadsky received Ukrainian citizenship in 2021. From January to October 2022, he headed "Kraina".