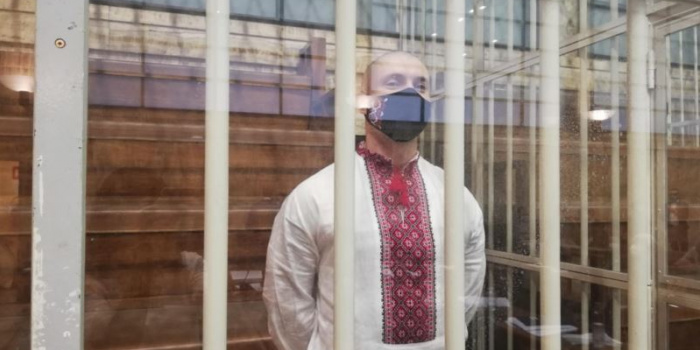 radiosvoboda.org
The Milan Court of Appeals, which was considering an appeal against the verdict for Ukrainian National Guard serviceman Vitaliy Markiv, has resumed the hearing after a five-hour break and acquitted Markiv, according to an Ukrinform correspondent, as Ukrinform reported.

The court ruled that Markiv had not committed the crime.

Before the break, Markiv stressed via video link that he was not involved in the deaths of Italian photojournalist Andrea Rocchelli and his interpreter, Russian citizen Andrei Mironov.

Markiv was not brought to the court hearing on Tuesday, November 3, due to quarantine restrictions imposed in connection with the coronavirus pandemic. He was present at the trial virtually from prison.

Markiv served his term in a prison near Milan after a court of first instance sentenced him to 24 years in prison last July for his alleged involvement in the deaths of Italian photojournalist Andrea Rocchelli and his Russian interpreter, Andrei Mironov, near Sloviansk, Ukraine's Donetsk region, in 2014.

Markiv has been in custody since he was arrested in Bologna on June 30, 2017.

The session of the Milan Court of Appeals on November 3 was attended by Ukrainian Interior Minister Arsen Avakov and Verkhovna Rada Commissioner for Human Rights Liudmyla Denisova.