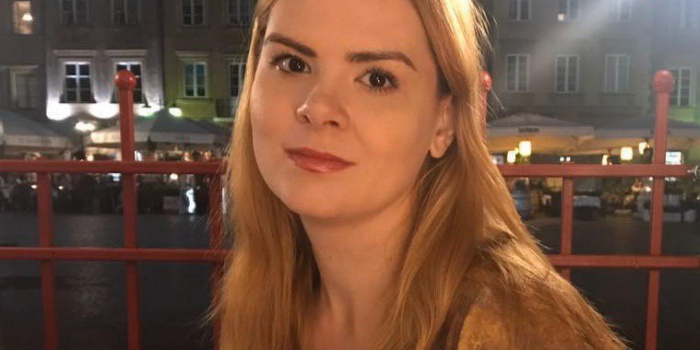 Yulia Polukhina, a journalist for the newspaper Novaya Gazeta, was detained on the morning of December 26 and released that evening following an interrogation. Officials from the Krasnodar Regional Investigative Committee also searched Polukhina’s home before she was taken in for questioning, as Meduza reported.

The search and interrogation took place under a case involving the United Popular Community Partnerships (abbreviated ENOT, which means raccoon). ENOT is composed of former fighters for separatist groups in eastern Ukraine, and the group currently stands accused of forming a criminal society: Members allegedly collaborated with Federal Security Service (FSB) officials to catch black market smartphone dealers and steal their merchandise in the process. Meduza has reported on the case in detail in Russian.

An interrogation record in Meduza’s possession shows that one ENOT member mentioned Polukhina to investigative officials, saying there might be information about the group’s activities stored in her home. She was the leading journalist reporting on the ENOT case. Another newspaper, Kommersant, indicated that investigators believed a journalist introduced ENOT’s leader to the man who ordered one of the crimes the group committed.

However, Polukhina had previously told Meduza that she contacted the group exclusively in her capacity as a journalist. She also said she could not reveal the details of her communications with her sources. The Novaya Gazeta journalist was the first to report on the arrest of the ENOT members.