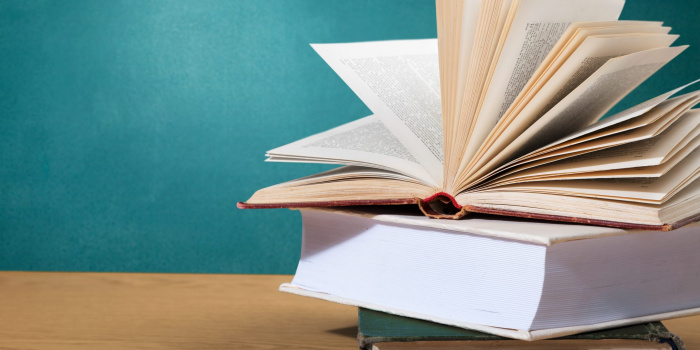 Writers including Maria Stepanova and Éric Vuillard are up for the £50,000 prize, with the judges swaying for essays and autofiction over ‘good, straightforward, old-fashioned novels’, as The Guardian reported.

From Maria Stepanova’s family memoir to a historical essay by Éric Vuillard, this year’s shortlist for the International Booker prize for translated fiction is highlighting works that “are really pushing the boundaries” of fiction and nonfiction.

The International Booker goes to “the finest fiction from around the world” that has been translated into English. Six books are now in the running for the £50,000 award, which is split equally between author and translator, all of them displaying “an extraordinary amount of ingenuity and originality”, said chair of judges Lucy Hughes-Hallett.

After reading 125 books to come up with their final six, the judges found they were swayed towards works that blurred the lines between fiction and nonfiction.

“Certainly among the many books we read were what you might call good, straightforward, old-fashioned novels that just told the story from beginning to the end. But on the whole, the ones we found most exciting were doing something slightly different,” said Hughes-Hallett.

“Fiction takes many, many different forms, and some of the books came close to being historical writing. Some of them were very essayistic. Some of them seemed deeply personal, almost like memoirs. What we concluded was that this is a fantastically vigorous and vital aspect of the way fiction is being written at the moment, that people are really pushing the boundaries.”

Chilean writer Benjamín Labatut’s When We Cease to Understand the World, translated from Spanish by Adrian Nathan West, said Hughes-Hallett, “is working on the edges of history, memoir, essay, and fiction”. So to is Russian author Stepanova’s history of her family, In Memory of Memory, translated by Sasha Dugdale. “It creates its own indelible form, a new shape in the air. An act of truth-telling like no other,” the judges said of Stepanova’s work.

Just 80 pages long, Vuillard’s The War of the Poor, translated by Mark Polizzotti, tells the story of Thomas Müntzer, a complex figure who lived during the Protestant Reformation. It is, said judges, “a dazzling piece of historical re-imagining and a revolutionary sermon, a furious denunciation of inequality”.

“It is in a sense a historical essay, but I have never read it a work of history that had this kind of blazing imaginative energy,” said Hughes-Hallett. “You could probably find historical evidence for everything he puts in here, but that doesn’t stop it being a work of the imagination.”

French author David Diop was picked for At Night All Blood Is Black, translated from French by Anna Moschovakis. Following a traumatised Senegalese soldier on the western front during the first world war, it is “horrifying, cruel and continually present in the action it describes,” said judges, and “a blinding revelation, an incantatory work of kinship and terror”.

Set on a spaceship, and structured as a series of witness statements, Danish author Olga Ravn’s The Employees, translated by Martin Aitken, is “by turns loving and cold, funny and deliberately prosaic; capable of building a sense of existential horror one minute then quotidian comfort and private grief the next”.

The shortlist is completed with Argentine author Mariana Enríquez’s The Dangers of Smoking in Bed, a collection of short stories translated by Megan McDowell. Enríquez “knowingly uses the tropes of the horror story, the ghost story and even pulp fiction to think about Argentina’s painful past,” said judges, and in the process “fashions a ‘Magical Realism Version 2.0’, from a subtly feminist perspective”.

Major Kenyan writer Ngũgĩ wa Thiong’o missed out on a place on the shortlist, after becoming the first writer ever to be longlisted as both author and translator of the same book, his novel-in-verse The Perfect Nine. “There were some very well known names among the books that were submitted. They just haven’t ended up in this list,” said Hughes-Hallett. “To arrive at this list we had – regretfully – to eliminate numerous books we enjoyed and admired. These six, though, seemed to us outstanding.”

Four of the writers on the shortlist – Diop, Labatut, Ravn and Stepanova – had previously never been published in English before, although they are acclaimed in their own countries. Five are published by small presses, with Pushkin Press landing two spots with Diop and Labatut. Fitzcarraldo Editions, which publishes previous winner and Nobel laureate Olga Tokarczuk, makes the shortlist again with Stepanova’s In Memory of Memory.

“Every single one of these books is doing something new,” said Hughes-Hallett. “But that doesn’t mean that they’re not approachable and easily enjoyable.” The cultural historian and novelist is joined on the judging panel by journalist and author Aida Edemariam, novelist Neel Mukherjee, academic Olivette Otele, and poet and translator George Szirtes. The judges will announce their winner on 2 June.

At Night All Blood is Black by David Diop, translated from French by Anna Moschovakis (Pushkin Press)

The Dangers of Smoking in Bed by Mariana Enríquez, translated from Spanish by Megan McDowell (Granta Books)

When We Cease to Understand the World by Benjamín Labatut, translated from Spanish by Adrian Nathan West (Pushkin Press)

The Employees by Olga Ravn, translated from Danish by Martin Aitken (Lolli Editions)

In Memory of Memory by Maria Stepanova, translated from Russian by Sasha Dugdale (Fitzcarraldo Editions)

The War of the Poor by Éric Vuillard, translated from French by Mark Polizzotti (Pan Macmillan)

The Guardian
Liked the article?
Help us be even more cool!
Other news