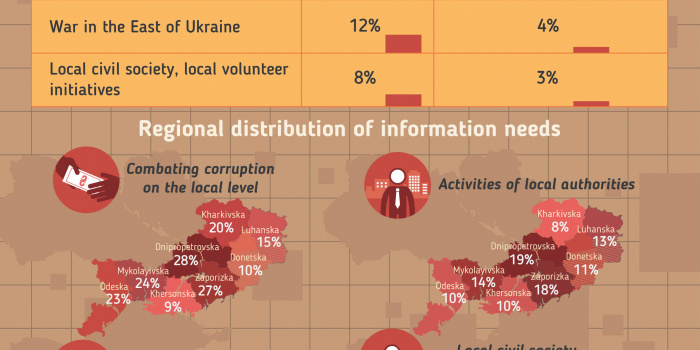 One in every five surveyed residents of the South and the East of Ukraine (21%) felt lack of information about combating corruption on the local level. At the same time, local media outlets address this topic only in about 1% of the news.

These are the results of the survey of residents of eight oblasts of the South and the East of Ukraine, which was conducted in the beginning of 2017 by the company GfK commissioned by the Institute of Mass Information with the support of the Ukraine Confidence Building Initiative (UCBI) and USAID, as well as of the monitorings conducted by ІМІ. 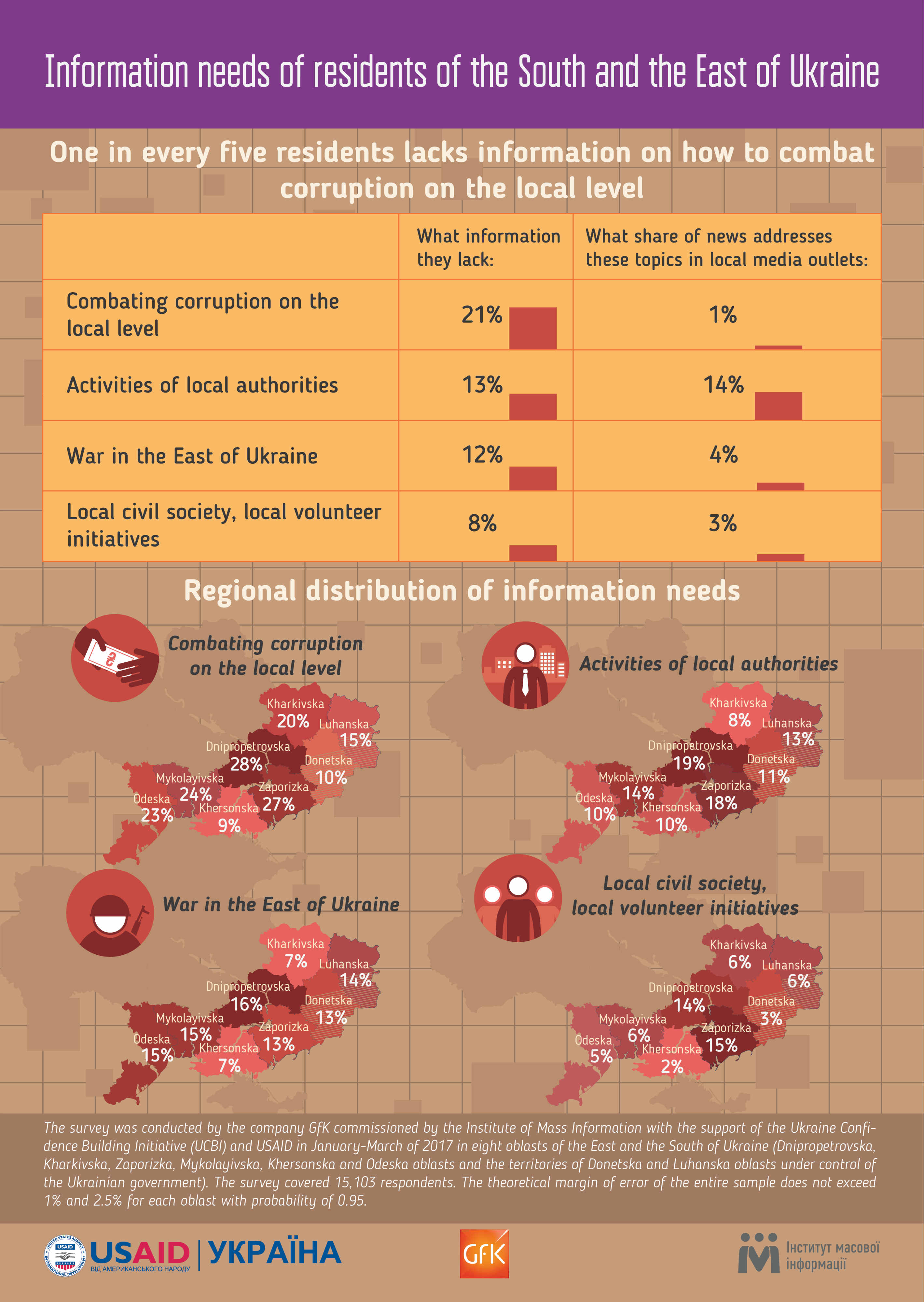 Also, 21% of the surveyed lacked unbiased news of the national or local levels. Approximately one in every ten lacked information about activities of the local authorities, the war in the East of Ukraine, local journalist investigations and information about local civil society and local volunteer initiatives.

The surveyed residents that most lacked Information about combating corruption were in Dnipropetrovska (28%), Zaporizka (27%), Mykolayivska (24%) and Kharkivska oblasts (20%).

The residents of Dnipropetrovska and Odeska oblasts (16% in each) need information about the war in the East of Ukraine most. According to the research of IMI, Dnipro-based media outlets address this topic in 5% of news and in Odeska oblast — less than 1%.

Serbia to vaccinate its journalists as priority

Belarusian news agency said police raided its office - RFE/RL
Want to learn first about the new research of the Institute of Mass Media? Subscribe to the newsletter!