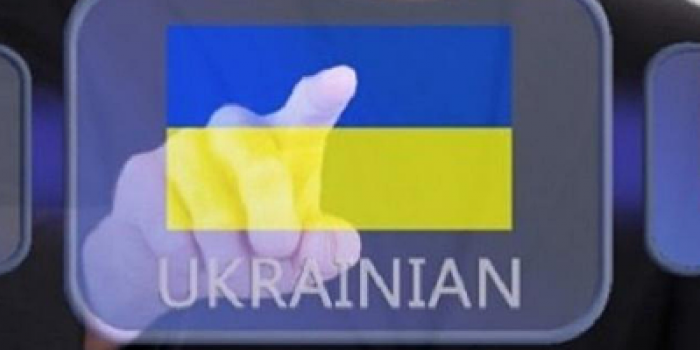 The Independent Media Council (IMC) suggested to the mass media to create content in Ukrainian. This is stated in the recommendations the IMC prepared for the use of languages ​​in the media, as Detektor Media reported.

Recommendations were made as reaction to several statements made by representatives of some media groups about the uncompetitiveness of the Ukrainian language or Ukrainian-language production. In particular, in 2019, television host Oksana Marchenko said that the new language legislation would "deprive Ukrainians of access to world science." Recently, a representative of "1 + 1" channel Olena Yermeyeva said : "Finding the tone of the Ukrainian language for that viewer perceived it, this is not easy enough. We have noted, the melodramas in Ukrainian qre viezed less than comedies."

The Independent Media Council recalled that legislative regulation in the domain of language is aiming not only to ensure the status of an official language, but also to ensure the rights of citizens for whom Ukrainian is mother tongue. At the same time, for Russian-speaking people, their language looks more common than Ukrainian, because for a native speaker of some language, his or her environment and communication distorts the language situation in favor of his language.

The Independent Media Council noted that television may consider commercially more attractive the city audience (with a higher percentage of Russian-speaking and bilingual speakers), and ratings of TV channels among rural audiences may not even be measured. But, after using state-owned radio frequency by the TV channels, certain populations should not be privileged, given the commercial considerations of the broadcaster, and the needs of other social groups should not be ignored or marginalized.

In opinion of members of the council, national media should also make special efforts not to play the role of "useful idiots" to support and promote the aggressive foreign policy ambitions of the Russian Federation. After all, for the aggressor country, any statement about the alleged "underdevelopment" or "insufficiency" of the Ukrainian language is an invaluable way of delegitimizing the Ukrainian statehood.

Having analyzed a number of objective and subjective factors, the Independent Media Council recommended to the media:

to try meeting the language needs of even the segment of the audience that, at first glance, may be considered commercially unattractive;

The full text of the recommendations can be found here.

The Independent Media Council is a permanent public monitoring and advisory body that deals with contentious issues related to failure to comply with media law, international standards for media coverage, violations of journalistic ethics. The council provides recommendations to authorities and other interested parties in regulating mass media.

The Independent Media Council was established by five leading media NGOs (Center for Democracy and Rule of Law, Institute for Mass Information, Internews-Ukraine, Detector Media and Community Foundation) and consists of 15 members. The chairman of the Independent Media Council is Taras Shevchenko, the secretaries are Olena Golub and Pavel Moiseyev.