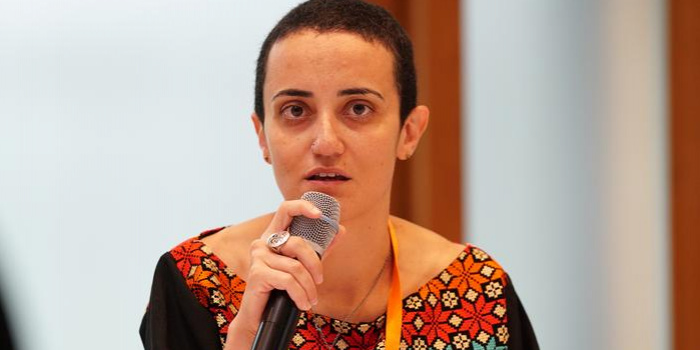 A prominent investigative media outlet in Egypt said security forces detained its editor-in-chief Sunday, the latest arrest amid a wider crackdown on dissent and the media, as Associated Press reported.

Mada Masr, one of a shrinking number of independent news websites in Egypt, said Lina Attalah was arrested outside Cairo’s Tora prison complex. The outlet said she was conducting an interview with Laila Soueif, the mother of jailed activist Alaa Abdel Fattah.

Prosecutors fined Attalah 2,000 Egyptian pounds ($125) and ordered her release, el-Azhari said. She was returned to a police station in southern Cairo’s Maadi district to finalize the procedures. Late Sunday, Attalah was released from the police station, the outlet said.

Mada Masr had earlier tweeted that officials at the police station said Attalah would be questioned by prosecutors Monday.

The November raid came just a day after Mada Masr said security forces arrested one of its editors, Shady Zalat, from his home in Cairo. Zalat was later released.

Amnesty International called Attalah’s detention a “shocking development,” and called for her to be “immediately and unconditionally released.”

Abdel Fattah, the activist jailed in Tora prison, previously served a five-year prison sentence for violating Egypt’s protest ban. In September, not long after his release, he was arrested again amid a widespread crackdown that followed small protests demanding el-Sissi step down — although he did not participate in the protests.

The activist went on hunger strike over a month ago, and his family has been struggling to get him released in recent months amid the coronavirus pandemic. Soueif, his mother, was briefly arrested in March along with three others after they staged a protest to demand the release of prisoners because of the virus outbreak.

Mada Masr is one of the hundreds of websites blocked by the Egyptian government in recent years. The outlet has continued to publish through mirror sites. It has produced investigative pieces looking into some of Egypt’s most sensitive governmental institutions, including the intelligence agencies, military and presidency.

Attalah’s detention is the latest in a widening government crackdown on dissent and media. Earlier this month a local journalist and a freelance photographer were arrested on charges of joining and financing a “terrorist group” as well as spreading “fake news” that threatens national security.

In recent years, Egypt has imprisoned dozens of reporters and occasionally expelled foreign journalists. It remains among the world’s worst jailers of journalists, along with Turkey and China, according to the nonprofit Committee to Protect Journalists.