In Zaporizhzhya, journalist prevented from filming fire at shoe factory 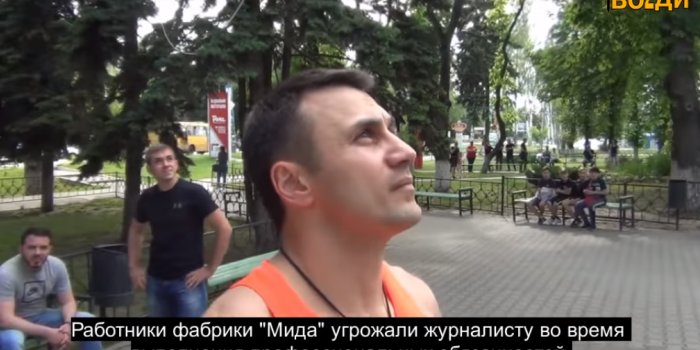 Photo credit: Screenshot from the video taken by Bohdan Vasylenko

In Zaporizhia, the editor-in-chief of the Hvozdy portal, Bohdan Vasylenko, was hindered, as he was filming a fire at a shoe factory on June 6, as it is reported on the portal's website.

“When I was shooting a fire at the “Mida” factory, an athletically built guy was constantly persecuting me and interfering with my work. He did not respond to the request to introduce himself, as well as he did not reacted to my press card, nor to my bright orange vest with the inscription “Press”. At the same time, he threatened me with problems and angrily mentioned that he knew where I lived, ”said the editor.

The video, which Vasylenko posted on his Facebook page, showed him filming outside the factory, at the entrance to it. A man wearing an orange sports shirt approached him and began to prevent him from shooting. To Vasylenko's words that he was a journalist, the man replied: "I don't care that you are a journalist" - and continued to push him away from the entrance of the factory. The man refused to name himself and one’s status before the camera and suggested that the journalist had to turn off the camera and "to be brave too."