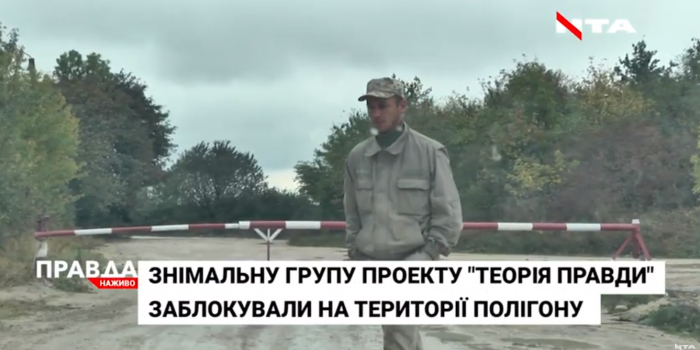 The TV crew of the Lviv TV channel NTA was barred in the solid waste landfill in the village of Malashivka (Ternopil region), as they said it the report of NTA.

The incident occurred in early October during the filming of a story about how garbage from Lviv gets to neighboring areas.

The journalist with NTA Kateryna Shirokopoyas said, as they were filming, the landfill guards put the gate down and did not let out the TV channel's official car, until the owner of the company that rents the landfill arrived at the scene.

"The authorities called and told not to let them out," an employee of the landfill explained to journalists.

As Kateryna Shirokopoyas told the IMI regional representative, the TV crew was released only after the police arrived.

"We showed a video taken from a drone, which showed that there was no car in front of us and we did not burst in, but just drove in," said the journalist. - But their security didn't react. We showed this video to all the guards present there, because they claimed that our Opel broke into the landfill without authorization. It happened, if I'm not mistaken, October 1. "