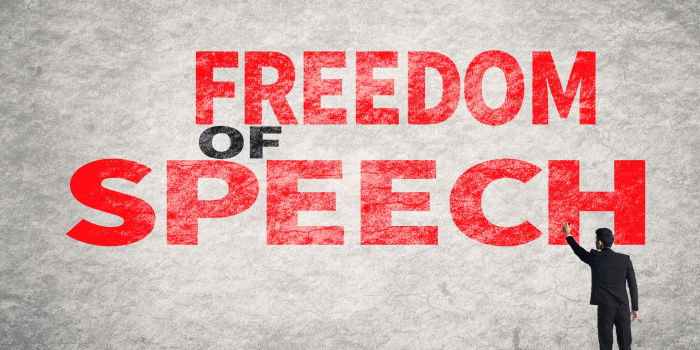 A new survey shows that in Kenya, Nigeria and Tunisia, citizens reckon there is too much liberty to give offence,as The Economist reported.

Westerners tend to regard freedom of speech as a universal good. However, a report by Justitia, a Danish think-tank, demonstrates that public support for freedom of expression varies widely among countries, just as legal restraints on speech do. In many countries, particularly authoritarian regimes, people say they want fewer controls. But perhaps surprisingly, in a handful of places poll respondents suggest they want less freedom than they currently have.

The report is based on a survey conducted in February of 50,000 people in 33 countries. The researchers asked respondents whether they believed that a wide range of controversial statements, such as insulting the national flag or making offensive comments about minority groups or religious beliefs, should be permitted. They combined the average responses to each of these questions into an index of support for free speech. They then compared these scores with an index of freedom of expression compiled by V-Dem, another think-tank, which measures how much liberty people in each country enjoy in practice.

Support for free speech varies across the globe. Among the 33 countries surveyed, Among its conclusions, the analysts found that the Scandinavians and Americans are most supportive while citizens in Latin America, other parts of Europe, as well as Australia, Israel, and the East Asian democracies (Japan, South Korea, and Taiwan) also show relatively strong support. At the same time, support for free speech is weaker in Russia, Turkey, other parts of Asia, and Africa. Egypt, Kenya, Pakistan, Malaysia, and Tunisia receive the lowest scores on our index.

Individual background conditions in the form of gender, age, education, and placement on a left-right spectrum are related to support for free speech in different ways in different countries. There are some general tendencies, however, including higher tolerance among left-leaning individuals regarding insults to national symbols and more acceptance among right-leaning individuals of statements offensive to minority groups – particularly, in Western countries. In the US, young people, women, the less educated, and Biden voters are generally less supportive of free speech.