In Sevastopol, journalist's car was burned because of his critical materials 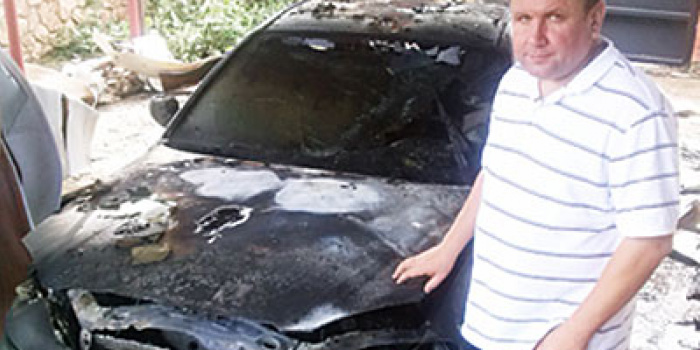 At night of September 20, in Balaklavsky rayon of Sevastopol on the territory of a private household a car, Сhevrolet Lacetti, owned by the editor-in-chief of the media outlet Novyny Sevastopolia Oleksander  Karliuk, was burned.

The law-enforcement agencies are investigating the cause of the combustion.

According to Novyny Sevastopolia, the car owner stated that at half past three in the morning he heard an explosion and the siren going off.

"Oleksander  Karliuk claims that he is well aware of the identities of those who ordered this crime, and that this is not the first attempt at setting his car on fire. During a long period of time, because of the advocacy activities of the NGO "Za Spravedlyvist" (For Justice) and more and more critical materials being published on the media outlet's website, a whole series of the supposititious inspections has been organized, criminal cases based on anonymous accusations have been opened and closed, the private house has been illegally cut off electricity for five months already, and Karliuk personally has received threats of physical violence", reported the media outlet.